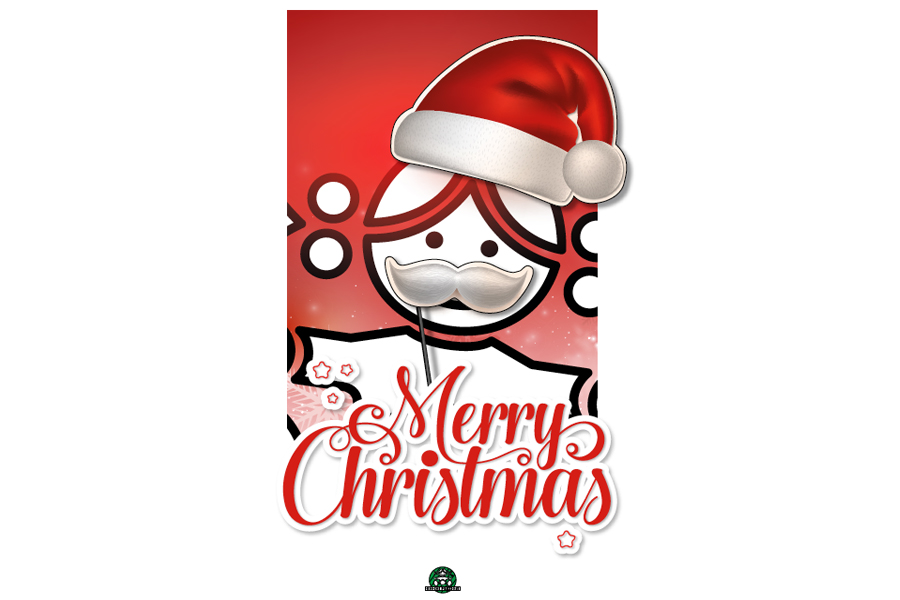 So many new properties in the 2017 Christmas catalogue of Giochi Preziosi.

Five unexpected guys are in the middle of an Intergalactic War. They are called to pilot the five mythical Robot Lions and face Galra’s empire, headed by Zarkon, who wants to take over the entire Universe.

The TV series is on air on K2. 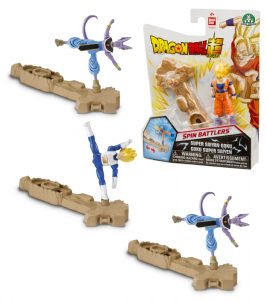 The new TV series is aired on Boing, Italia 1 and Italia 2. 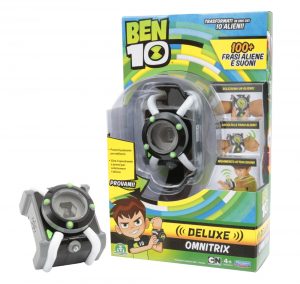 It’s Hero’s time! And Ben Tennyson’s adventures, better known as Ben 10, come back! The toy collection of Giochi Preziosi includes, in addition to the characters and the vehicle playset, also the brand new Omnitrix, the watch always on the Ben 10 wrist that can transform those who wear it in one of the 10 aliens!

Since September 18, the new TV series has started to air on Boing every day with 40 episodes.

The Turtles line is a classic that never goes out of fashion! Incorporated into 4 superheroes: Donatello, Leonardo, Raffaello and Michelangelo, 4 cute mutant turtles, distinctive traits and a distinct personality. The new and incredible animated series has themes of great appeal to young enthusiasts such as team play and friendship, as well as martial arts training. 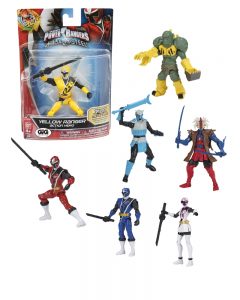 Power Rangers Ninja Steel is the 24th season of Power Rangers TV Series. Kids and young boys are enthusiasts of warriors and of course the legendary ninja to fight evil! All this thanks to the new Zords that form a much more powerful robot: the Megazord!

The new TV series airs every day on POP. 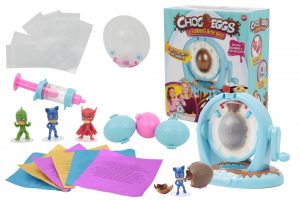 What is more fun and greedy to create than chocolate beans? With Chocoeggs – The Pjmasks Egg Factory – children can safely imitate a real Maître Chocolatier!

With Chocoeggs – The Pjmaskspuoi Egg Factory – chidren create a lot of chocolate eggs with a nice surprise from Pjmasks. 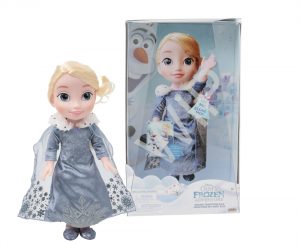 So much magic and fun with Disney Frozen Games of Giochi Preziosi. Princess Elsa and the Magic Ice Bracelet are two unbeatable items for Christmas girls. 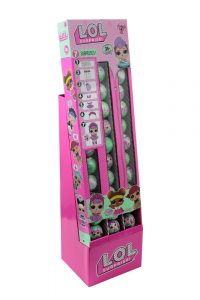 An internationally successful phenomenon, a fun game for all little girls. It is a 7-layer film coated with a removable film that allows girls to discover some amazing surprises and a fantastic mini-doll. Every doll has a nice play function: who weeps, who sprinkles water from the mouth, who changes color and ops … who peeps. Series 2 consists of 35 different subjects to collect.

And for Christmas a great novel: LOL Big Surprise with 50 Surprises! 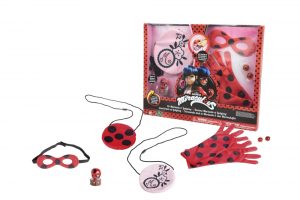 Miraculous – Tales of Ladybug and Chat Noir, aired on Super! TV all through the autumn, revived in the new toy collection of Giochi Preziosi!

Unbelievable powers, absolute strengths and discordant feelings are the ingredients of a story of sure interest for all the little girls! 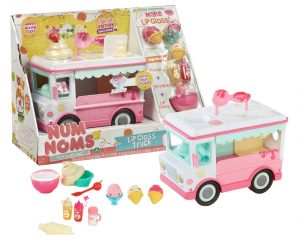 The gorgeous collection of scented cupcakes and ice-cream launched last spring is expanding with a brand new product: the Truck! Everything is ready to create new tastes and merge a Num and a Nom.

The mini TV series will air soon on Cartoonito.

The adventures of Rose and her schoolmates, aired on Rai YoYo, continue in the Land of Fables! As a common girl, thanks to a key that carries her into the world of abyss, Rose finds she is the granddaughter of Cinderella, the current director of a prestigious school, the Regal Academy. Reverting the stories of the TV series is possible thanks to the toy collection of Giochi Preziosi!

Luna is 16 years old girl, who lives her life like any other girl of her age: she goes to school and has a group of friends. Her life will change unexpectedly when her parents will receive an offer that can’t be refused … Luna’s story is perfect with the “sporty” collection of Giochi Preziosi! Shoes, protections and helmet to become like Moon, Soy Luna!

The new and overwhelming TV series is aired on Disney Channel and Rai Gulp!

The most loved fairies by little girls and the magic that in so many TV adventures concretize in a unique toy collection always in sweet company of Bloom, Aisha, Stella, Flora, Musa and Tecna.

Dottie is ready to become a primary doctor at the Toy Plush Hospital! And she would loose without the help of her friends who will have new responsibilities. The new series changes scenarios and enriches with new characters!

Dottie no longer runs her small backyard clinic, but a brand new and cutting-edge Toy Hospital. Her fantastic story begins when she is brought to Plushland, a new and magical place full of toys, where she becomes the new director of the Hospital. Luckily, she can count on the help of her team: Bianchina, Draghetto in veterinary surgery, Nevino at reception, Rosie for the ambulance, and of course the inseparable Hallie.

The New TV Series is enriched with a wide range of platforms, from PayTV (Disney Junior) to Digital (Rai YoYo) and YouTube.

Giochi Preziosi features a toy line where the little girl can fully identify with her favorite character, and help Dottie in her new adventures!

New adventures await Connor, Amaya and Greg. The lives of three 6 and 7-year-olds protagonists are overwhelmed when they wear their pajamas at night and activate their amulets, transforming them into their super-heroes alter ego. Gattoboy, Gufetta and Gecko together form the PJ Masks as terrible Romeo and Lunette, the Dark Night Ninja.

The children’s favorite preschool series is always available on multiple platforms, from PayTV (Disney Junior) to Digital (Rai YoYo) and YouTube. The first series is aired every day and new episodes are coming soon.

For next Christmas Giochi Preziosi offers many new games! A line of game-play, and totally loyal to the cartoon!

The funny stories of Peppa Pig continue to passionate new generations of children! The events of Peppa and her friends reflect the daily life that every child lives in reality, and wherefore it is recognized.

The toy collection presented by Giochi Preziosi is conceived for a preschool age target and reflects faithfully the environments in which Peppa lives and plays and the characters of the story.

The Super Wings continue phenomenon entices and delights children with the ever-present Cartoonito Series. Jett travels around the world to deliver special packages to children; her friends Dizzy, Jerome and Donnie accompany him in the adventures, transforming with him by plane to robot.

Giochi Preziosi renews the toy line for the upcoming Christmas with new characters, vehicles and playsets.

Shimmer and Shine, two sisters, little geniuses of the lamp, to meet the wishes of their friend Leah, will do a lot of disasters just like in the TV series that passionates little girls!

Aired on Cartoonito, Fireman Sam is the real “hero of the next door”!

The toy collection of this Christmas shows faithfully many vehicles and environments seen in the TV series: from the mythical Jupiter fire engine, full of features and accessories, and with two characters included, to the Wallaby helicopter with lights, sounds, Tom pilot and many accessories .

There is also a mini-world die-cast, which includes: the fire brigade, a collection of compatible vehicles and the soft mat printed with the topography of Pontypandy.