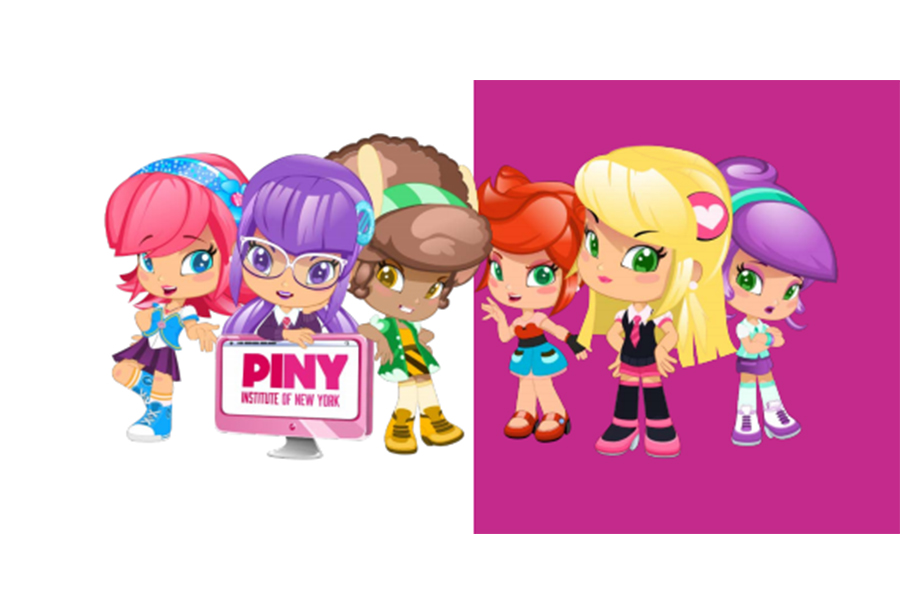 ITV STUDIOS GLOBAL ENTERTAINMENT TO REPRESENT “PINY” IN THE UK

Toys will be distributed in the UK by Bandai.

PINY Institute of New York is a new animated TV show for girls 6-8 airing in prime scheduling slots on Pop in the UK, with 52 x 11’ episodes available. The co-production between Anima Kitchent and Famosa (the Spanish toy manufacturer behind the successful Pinypon range) began airing in the UK on 4th September and was the highest-rated show for girls 4-12 on the channel just eight days later (Source: BARB/Digital-i).

The series revolves around PINY, Institute of New York, attended by 14-year-old Michelle and her friends, whose exciting adventures prove that any challenge can be overcome with a blend of talent, friendship and positivity.

Toys launched in Spain and Portugal in 2016 and were a huge success, selling 283k units in the first six months. The show is also airing in France, Italy, Turkey, LATAM and Mexico, with the Philippines and MENA to follow in 2018.

Trudi Hayward, SVP Global Head of Merchandise at ITVS GE, says: “We are delighted to represent PINY in the UK. This adorable brand has great potential in the UK market following its success in Europe, and we are excited to talk to potential partners at BLE for categories including periphery toys & games, apparel & accessories, publishing, stationery & paper products, as well as health & beauty.”

Víctor López, CEO at Ánima Kitchent, says: “We are getting close to achieving the best possible structure for an optimal development of PINY brand in the UK – the biggest and thus most competitive market in Europe – by combining broadcasting with toy makers with a proven record of success such as Famosa and Bandai, and boasting ITV as our licensing agent.”