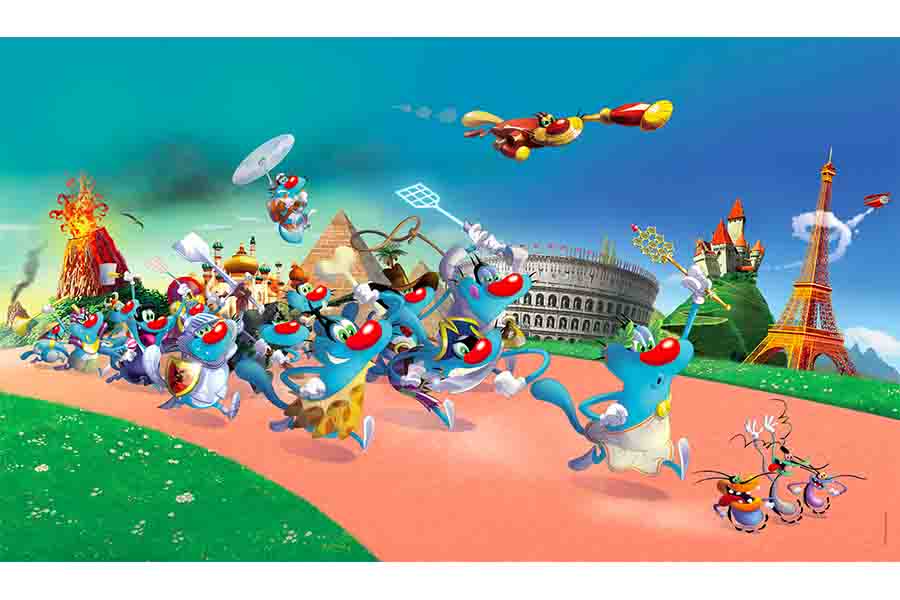 Tags from the story: 20tooLicensing, Brand Focus, Oggy and the Cockroaches, Xilam.

Two agents will represent Oggy & the Cockroaches across all consumer products categories and brand promotion.

Xilam, the award-winning French animation production company, has appointed two new licensing agents to represent its flagship global children’s brand Oggy & the Cockroaches across multiple key territories. Brand Focus will lead the licensing programme in the UK, while 20tooLicensing will manage all licensing in the Middle East.

The two agents will represent Oggy & the Cockroaches across all consumer products categories and brand promotion.

Marie-Laure Marchand, Senior Vice President of Global Licensing at Xilam said: “We are thrilled to be working with Brand Focus and 20tooLicensing, enabling us to expand Oggy & the Cockroaches in these key markets. The international growth of the brand is a major strategic priority as we launch the show’s new 78 x seven-minute episodes this month.”

The sixth and seventh seasons of Oggy & the Cockroaches are slated to premiere in 2017/2018.

In the UK, Oggy & the Cockroaches has been sold to Nickelodeon and Netflix, and in the Middle East broadcasters include: Cartoon Network Middle East, ejunior, Gulli Bil Arabi, Netflix, Amazon and Iciflix.

In addition, season 5 (78 x 7’) is airing internationally on a number of leading broadcasters in key territories including Gulli in France which launched the brand new season this month. Additional broadcasters include Cartoon Network in Latin America, Asia and Africa, Disney Channel in Germany and K2 and Frisbee in Italy, among many others.

Since first airing in 1998, the series and its star Oggy the fat, blue cat has reached 160 countries and an estimated 600 million households.