Bulldog Licensing will once again be showcasing a sizzling portfolio of top brands at this year’s BLE event. 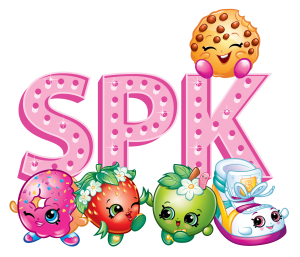 Angry Birds is the mobile game that – through a mixture of simple yet addictive gameplay and striking graphics – is a global phenomenon. The various games in the franchise, from the original through to Angry Birds 2 and latest release Angry Birds Match, is the most downloaded series of games of all time and Angry Birds is now a massive property with a reach across the generations. The brand also has nearly 25million Facebook followers, whilst the Angry Birds cartoon series boasts three billion YouTube views. Last year’s Angry Birds movie – a big box office hit – has boosted the brand’s profile even further and introduced the adorable Hatchlings, now the stars of their own YouTube show Angry Birds Blues and Angry Birds match game, released late August. 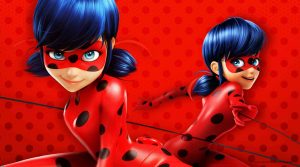 Miraculous™: Tales of Ladybug & Cat Noir is the superhero phenomenon that centres on Marinette and Adrien – who have been given the ability to transform into superheroes, Ladybug & Cat Noir. As the chosen ones, they must work together to protect Paris from the evil doings of Hawk Moth and his newly transformed “friendly” villains found in each episode. The series is dominating the kids’ TV scene in the UK, where it is the No. 1 girls’ show on both Disney Channel and Pop, where it is simulcast. A growing licensing programme includes Bandai (master toy) Imagine8 (jewellery, accessories, gift and stationery), Sakar (audio products, tech accessories and cameras) Igloo Books (publishing), Roy Lowe (socks), Gosh! Designs (various categories, including plush and stationery), Maad Toys (colour-in bags and purses), Rubies (dress-up), Gemma International (greeting cards and gift packaging), Aykroyds/TDP (nightwear and underwear), Whitehouse Leisure (amusement plush), and Dreamtex (bedding and bedtime accessories).

Zak Storm is the new CGI animation from Zag Studios – the team behind Miraculous – and features the eponymous Zak, a fearless teen surfer who finds himself sucked into the Bermuda Triangle. Here, he transforms into a Super Pirate and, with the help Calabras – his trusty magic sword – and a motley crew of friends, he must face and defeat the many perils of the seven seas. The eagerly anticipated show saw a great initial reaction when the first few episodes were aired on POP in the UK. The full first season will be rolled out October 2017.

The Crystal Maze is the legendary adventure gameshow that is back on UK screens, with Maze Master Richard Ayoade now in charge. Teams face a variety of challenges and tricky puzzles as they attempt to navigate the Aztec, Medieval, Industrial and Futuristic zones before the final challenge – the Crystal Dome. Interest from the licensing community is already high, with Rascals (games and puzzles), The Hut (mugs, notebooks, coasters, cushions and pillows), and Poetic Brands (adult apparel) already on board.

Topps property Match Attax is the trading card game that’s the UK’s No.1 children’s football brand – with over 1 million collectors. Nearly half of all boys in the UK collect Match Attax, with parents accounting for 74% of all purchases. Live swapping events are held across the country, whilst the brand’s online presence – Toppsfootball.com – has over 600,000 registered users and is the 9th most visited boys’ site in the UK. Bulldog’s initial focus is on products such as apparel, accessories, stationery and gift, with merchandise predicted to hit retail from spring 2018.

The World of Dinosaur Roar! – inspired by the best-selling, classic 1990s picture book Dinosaur Roar! – is a new concept that teaches pre-schoolers about dinosaurs. Macmillan is releasing a series of books based on the property, whilst Golden Bear is on board as Master Toy with product launching alongside significant brand activity in 2018.

Cartoon cat Garfield celebrates his 40th birthday next year and still features in over 2,100 newspapers across the globe. The portly feline is also responsible for book sales in excess of 135 million copies to date, two feature-length live-action films, and three CGI animated movies – as well as thousands of lines of licensed merchandise. A huge UK licensing programme covers apparel, stationery, bags, sleepwear, publishing and more.

Enid Blyton is the much-loved children’s author who sells a book every two minutes in the UK. One of her best-known series – The Famous Five – celebrates its 75th anniversary this year and has inspired a hugely popular range of tongue-in-cheek adult’s books, such as Five On Brexit Island. Bulldog has signed licensees for dress-up, puzzles, toys and games, greeting cards and gifting.

Grossery Gang is the latest collectible offering from Shopkins-creator Moose Toys. From rotten eggs, to dodgy donuts and fungus fries – all the characters in the range are ‘shoppin’ gone rotten’, with huge appeal for its target audience of boys aged 5+. The Grossery Gang are also making strides in their newest release: Putrid Power! Fans will be treated to a gripping story, via a brand new movie and whole new range of toys, as the Gang taking on the new evil force known as the Clean Team. With Cheap Town now under the terrible threat of being cleaned up for good, Putrid Pizza, Dodgey Donut and the rest of the gang must band together to fight the power of clean; to save themselves from getting mopped up by the baddies.

“We are bringing a mixture of established big-hitters and the next generation of market-leading brands to BLE this year,” says Bulldog MD Rob Corney. “This portfolio has a lot to offer and we are looking forward to meeting up with potential partners across a range of different categories.”