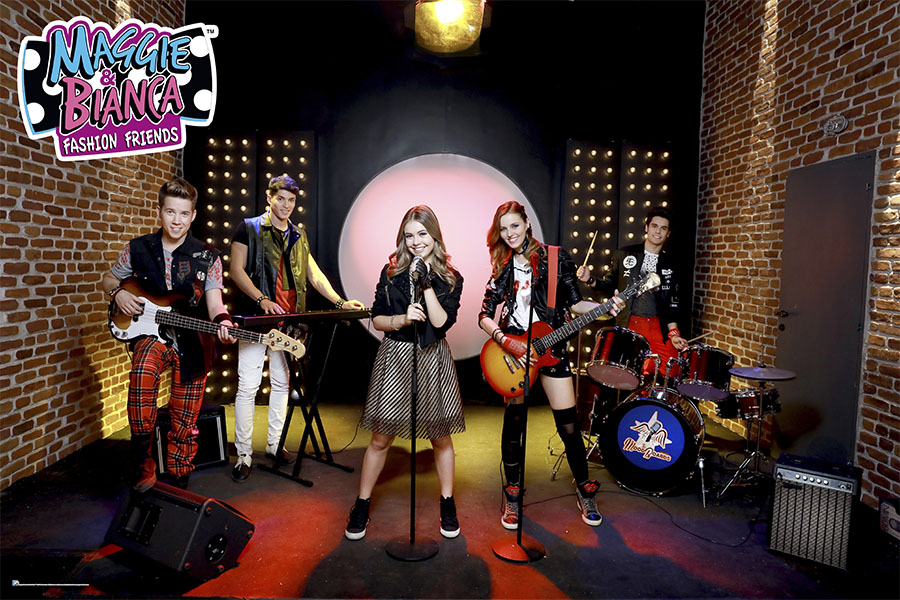 The young tv stars come back on TV, on Rai Gulp starting from September 18th, on air from Monday to Friday.

Rainbow is pleased to announce that the third season of Maggie & Bianca Fashion Friends – produced by Rainbow in co-production with Rai Fiction – comes on TV starting from September 18th on Rai Gulp.

The live action series created by Iginio Straffi, Chairman and Founder of Rainbow, is currently broadcast in Italy, France, Russia, Germany, Poland, Benelux, Brazil, Greece and Netflix, and it is a phenomenon of audience and a true success among teenagers and the Youtube channel is “stormed” by more than 4 million visitors a day!

Shot in the studios of Cinecittà in Rome, the third season of Maggie & Bianca Fashion Friends is rich of shotguns! Maggie and White’s parents announce to their daughters that they have decided to leave Milan to move all together under the same roof, in Portland, Oregon, the capital of alternative and free culture as well as Maggie’s hometown. This will only be one of the important choices that our protagonists will have to take during this new series.

Impossible to miss the rock energy of music and fashion in the perfect Go.ZY style.

← RAICOM: NEWS FOR THE NEXT SEASON Octonauts: a great global tv series produced by Silvergate Media →