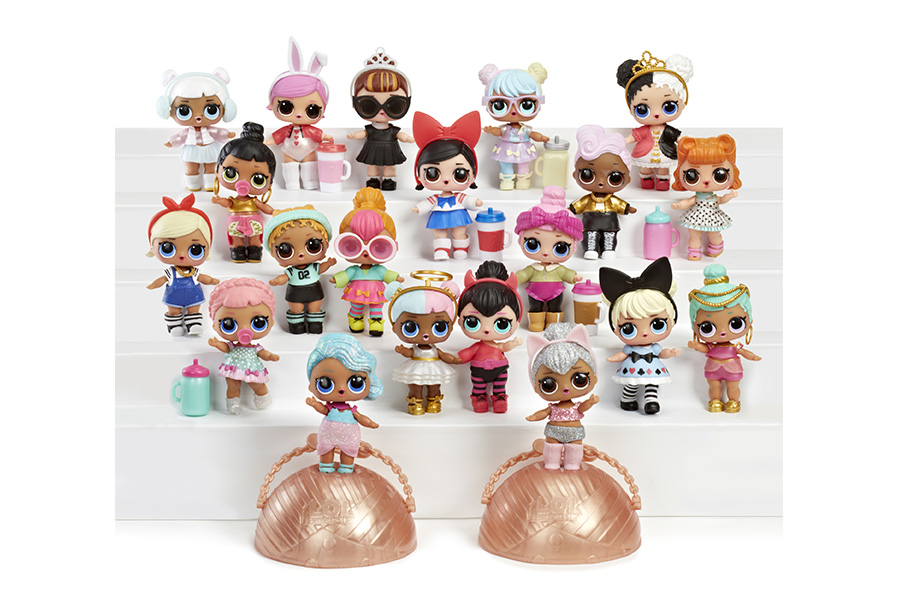 MGA to Present the Brand to Potential International Partners at Brand Licensing Europe.

MGAE’s new toy brand, L.O.L. Surprise!™ has become a global sell out since launching in December 2016. Targeting Girls ages 6 – 9, L.O.L. Surprise! offers the ultimate element of surprise — seven layers to unwrap with a surprise in each layer, and a fashionable doll with a water feature as the final surprise.  This ultimate unboxing experience has become a retail sensation and an online hit with over 150 million views on YouTube to date.

“MGA Entertainment is overjoyed by the retail success of L.O.L. Surprise! collectibles and dolls fueled by the persistent consumer demand for the brand among girls,” said MGAE’s Global Head of Licensing Juli Boylan. “With the initial introduction of our global licensing program for L.O.L. Surprise!, we have over 30 proven licensing partners on board and many more in the works,  across key categories including apparel, accessories, back-to-school, stationery, games and puzzles, novelty, health and beauty and home décor.  Both the consumer and retail response to L.O.L. Surprise! is nothing short of phenomenal.”

“L.O.L Surprise! has performed remarkably during the short time since its U.K. and European launch,” added MGAE’s Senior Director of Licensing Tina-Louise Foster. “We are very excited to meet with new potential licensing partners and retail buyers at BLE to share the incredible success stories and discuss the depth and breadth of opportunities that this new brand creates in every market it launches in.”

Series 1 of the L.O.L. Surprise! toy line launched strongly in the U.S. at mass retail, including Amazon, Kohl’s, Target, Toys”R”Us, Walmart and more, supported by a major marketing campaign, including promotional partnerships and advertising, and shows no signs of slowing down. MGA Entertainment has begun to grow the program with Series 2 launching this summer, expanding the range of products, increasing the collectability and bringing more innovation to the line. According to the NPD Group, L.O.L. Surprise! Dolls Assortment was the #1 item in the Dolls Supercategory and #2 item in Total Toys YTD June 2017.*

Since launching Series 1 in the U.K. in February 2017, L.O.L. Surprise! has sold over one million units. Retail partners in the U.K. alone include, include ASDA, Argos, Claire’s Smyths, The Entertainer, Tesco, and Toys”R”Us, plus leading independents including Fenwick, Harrods and Toymaster. In France, Benelux and Russia, L.O.L. Surprise! Series 1 launched in March 2017 and exceeded all expectations, selling out at retailers including King Jouet, Auchan, Leclerc, Toys”R”Us, Dreamland and Intertoy. In France, L.O.L. Surprise! held firmly to the #1 ranked position for Playset Dolls and Collectibles in sales YTD** and earned the distinction of being the country’s second most popular brand in the Mini Playset category.*** In Benelux, L.O.L. Surprise!™ was ranked #1 year-to-date in the Dolls category in Belgium and the Netherlands and #2 item in Belgium ****! And in Spain and Italy, the brand has reached #1 across all toys.

In Australia, L.O.L. Surprise! has received two coveted awards, winning both the Doll of the Year and Toy of the Year honors at the Australian Toy Association’s (ATA) annual event.

MGA Entertainment will begin rolling out shortly Series 3 in key territories around the world with new surprises, brand-new characters and even more innovations.