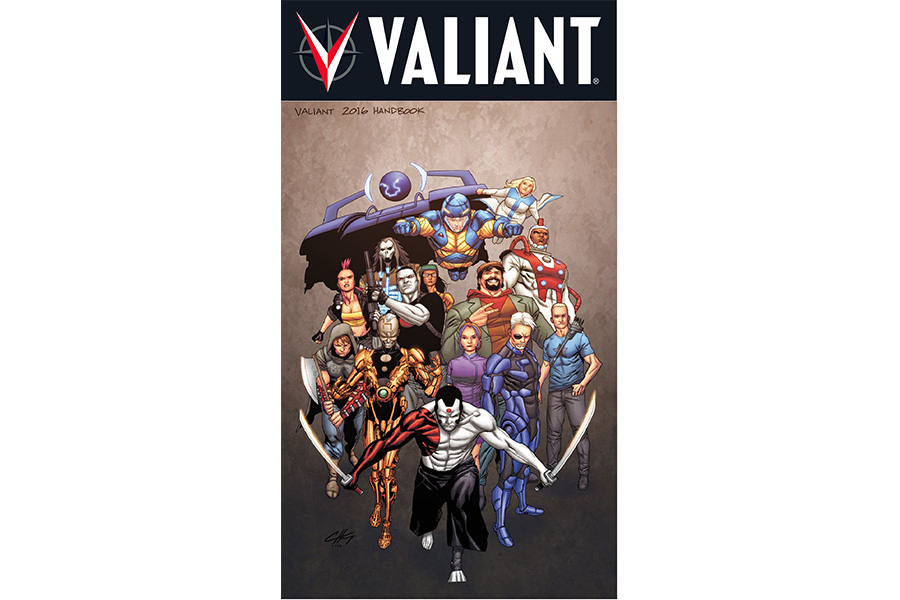 Rocket hails a major licensing opportunity in the field of comics-inspired entertainment.

Founded in 1989 and relaunched in 2012 with enormous success, the company has built up a strong slate of titles created by a talented and respected team of writers and artists that have not only taken the comics industry by storm and gained a devoted fan base but laid the foundations for a number of movies soon to be in production. With Valiant on a clear upward trajectory in a thriving market for superhero titles and spin-offs such as TV, film, games and merchandise, the prospects for licensing expansion in the UK market are enormous.

Rocket Licensing takes on the Valiant UK licensing role at an exciting time as the development of the Valiant Universe takes a further step into a new medium. A five-picture deal recently signed with Sony Pictures is about to bring such enormously successful characters as Bloodshot, a former soldier with powers of indestructibility and regeneration; Harbinger, a group of teenage super-powered outcasts; and Faith, a comic-book-fan-turned-superhero, to the screen.

In the US, this fast-growing entertainment brand is already making an impact in the licensing arena through partnerships in apparel, accessories, homeware, toys and games and video games aimed at tweens, teens and young adults. Rocket intends to focus on these categories in the first phase of licensing to cater to the strong demands from fans here in the UK and expects the arrival of the Valiant Entertainment-inspired films to expand the campaign to a larger audience and a wider selection of categories in the coming years.

The first licensing announcements are expected in and round BLE with the first phase of product launches likely to take place A/W 2018.

Rob Wijeratna, Joint Managing Director of Rocket Licensing, says: “We are delighted to be working with a major name in comics and graphic novels that has reinvented itself with stunning success for a new generation of comic fans. The success of Valiant’s slate of characters and its screen potential — already being realised — make it one of the most exciting licensing opportunities in the fast-growing area of comic-related media.”

Russ Brown, President of Consumer Products and Promotions at Valiant added, “We couldn’t be more pleased to add Rocket Licensing to our roster of international agents. Rocket is a proven entity in the market and glad they have the vision and insight to see the mutual growth opportunity.”