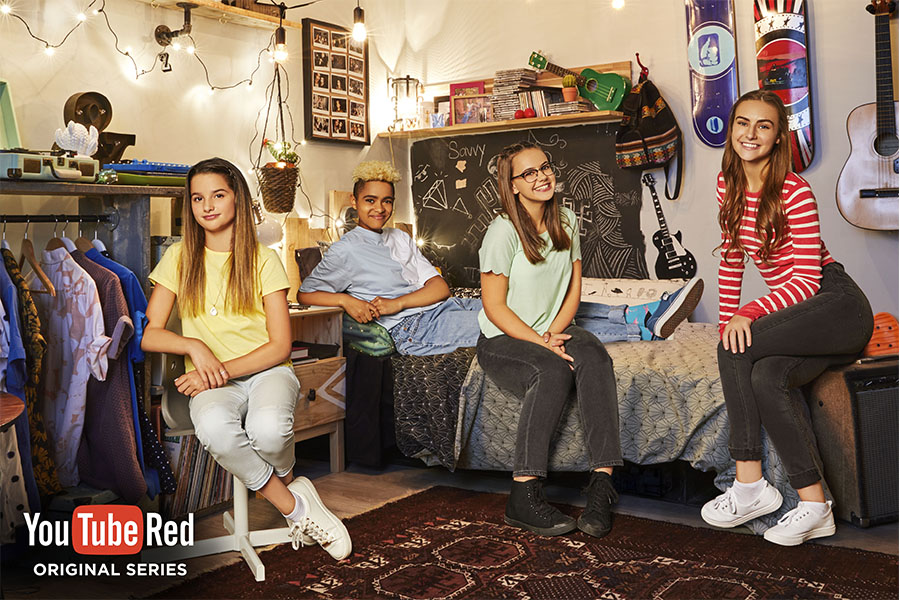 Tags from the story: B-Minor Productions, DHX Media, We Are Savvy, YouTube.

DHX Media and YouTube announced that they have teamed up to release We Are Savvy – a magazine-style series featuring engaging segments about music, fashion, dance and DIY – on YouTube Red. Each half-hour episode is introduced by Annie LeBlanc of the Bratayley YouTube channel, alongside segment hosts Spencer, Tehya and Sarah who’ll explore a broad range of topics ranging from handy DIYs and life hacks, to inspiring peer profiles and celebrity interviews including, singer Alessia Cara, Nashville stars Lennon and Maisy, and Supermodel Coco Rocha, and more! We Are Savvy is set to premiere on YouTube Red this fall. It is produced by B-Minor Productions, a division of Banger Films, and is distributed globally by DHX Media.

Josh Scherba, EVP Distribution and Content at DHX Media, said: “We Are Savvy has a fresh, positive energy and a lively magazine format that makes it a perfect fit for YouTube Red and its audience. We’re confident that digital-savvy tweens and their families will love this fantastic series.”

“We loved the concept of We Are Savvy, and we’re excited to bring the first magazine-style show to YouTube Red. We believe the inspirational girl power message will resonate with audiences,” said Nadine Zylstra, from the YouTube Red Originals team.

Scot McFadyen, CEO of Banger Films / B-Minor Productions, said: “We made this show to reflect what families were doing on YouTube – vlogging, DIYing and so much more – and now to have it live on YouTube Red feels next level.”