Tags from the story: Smemoranda.

100 and more friends, new ones and those of always, on Diary 2018 which devotes its 40th edition to the most extraordinary experiences, those improvised, lived intensely live!

This is a memorable year for Smemo: with the 2018 edition the Students’ Diary celebrates its fortieth birthday, and to do so has invited more than 100 employees – including many new entry as Bebe Vio, Roberto Saviano, Giacomo Mazzariol, Clementino, The Third Secret of Satire – to tell, in a free and spontaneous way, what it means to live truly. LIVE! is a live concert, as that of the Muse narrated by Licia Troisi or exhibiting improvised by millions of views in Milan Central Station of the pianist Emanuele Fasano. LIVE! is a sporting event an epochal – Andrea Dovizioso and Ivan Zaytsev know something- or simply for that time you felt really alive, beyond the display and beyond the social, iPantellas as to their first event by star of youtube. LIVE! is living things at the moment. No recording. LIVE! you improvise, risk of making a mistake, but always strictly in direct. LIVE! is all those times that remains an indelible trace in life – and in Smemo! – Each, to remember and to live again, with the heart and mind.

For its 40th edition, Smemo hosts, next to the historical signatures, also youngest contributor: from “samples prodigy” as Roberto and Gagliardini Donnarumma to more followed rappers – Clementino and Ball Ebbasta – until youtubers of million of clicks as iPantellas . 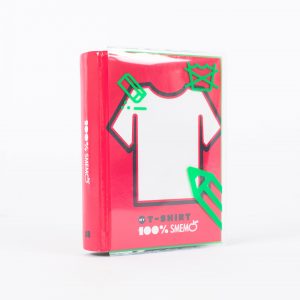 In addition to the classic version in 6 colors for 10 variants of the cover and 3 formats, there are the Special Edition Smemo: well 3 special covers available in double format. The cover disk allows you to choose every day of that mood you feel; the elastic cover transforms the diary in a carryall; the cover T-shirt, for “dress” and “change” the Smemo as you wish and desire. In short, you are free to choose your Smemo and transform it as you want.

Also for the 2018 Smemoranda is zero emissions and produced from 100% in Italy. The 160,000 trees planted and managed together with Eco Way to compensate for the emissions of CO2, are now large. Smemo continues to heal and to grow its woods in the Oltrepò Pavese, you can visit in the Municipalities of Pavia, Mezzana Bigli, Bastida Pancara and Monticelli Pavesi.

Who is there in the Smemo LIVE! 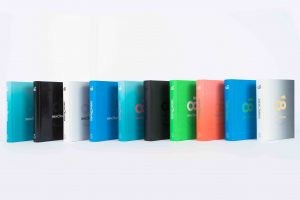 Inside the Smemo LIVE! find a bunch of things for freeing the mind. Just opened the diary it gives immediately a surprise: the “scratch and discover ” that tells you what will be full your life this year! By continuing to browse there are stories of more than 100 employees, the cynical and romantic Horoscope of Giovanna Donini – alias Giodo – with drawings of Laurina Paperina. And yet the strip of most loved designers, quotes, the best beats copyright or fished in the network, the countdown to spell the days that are missing at the end of the school. And then the cards to tear, Games, adhesives and of course lots of free pages for notes and thoughts. 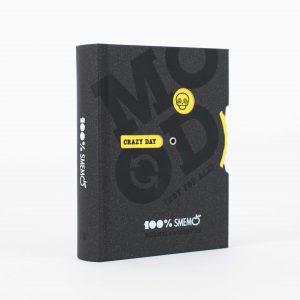 Smemo LIVE! Continues in the network: in all inserts there is a QR-Code to access many extras on Smemo collaborators. Video, curiosities and insights on www.smemoranda.it , the portal with music, video, games, love, sex, beats, cartoons, thoughts, nerdate, facts our and your own. Each content can be shared on Fb and Twitter, where the community of boys that follows the Smemo grows increasingly with 743 thousand friends on Facebook, 16,500 followers on Twitter and 35,500 on Instagram. The Smemo is also on WhatsApp: simply write “like” to +393483989626 to go into the community of Smemoranda and receive updates on events, cartoons and stories to episodes. In short, so everything that even in all Smemo from 1979 to today. Even those can be found on smemoranda.it.