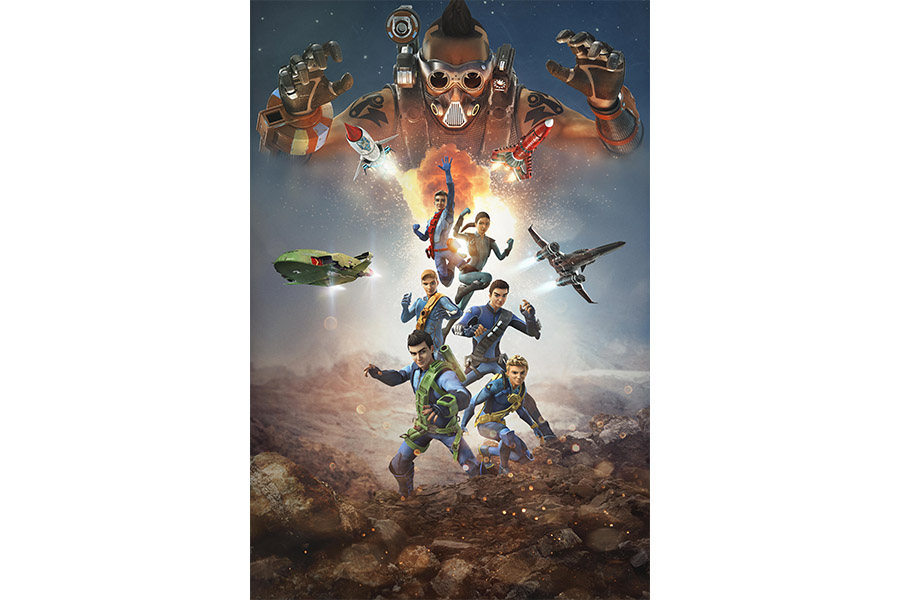 Kuato Studios are developing a story-telling game App based on the popular adventure TV show Thunderbirds Are Go.

ITV Studios Global Entertainment (ITVS GE) announced that Kuato Studios are developing a story-telling game App based on the popular adventure TV show Thunderbirds Are Go. Set to release in early 2018, the App will be available on iOS and Android.

Kuato Studios are an award-winning development studio based in the UK. Previous successes from the studio include the Dino Tales and Safari Tales Apps, as well as Code Warriors, which teaches kids to code through games and which was praised by Barack Obama at the White House Science Fair 2016.

The deal for the Thunderbirds Are Go story-telling game App follows on from the recent success of Parker’s Driving Challenge, an App developed by Play With Games, which achieved Top 10 status on iOS in over 114 countries and had over two million downloads in the first few weeks.

Thunderbirds Are Go has aired in over 40 markets, across all continents. The global licensing programme for the show already has over 85 licensees covering all key categories.

“As a best-in-class UK-based studio, Kuato are a perfect fit for Thunderbirds Are Go and we are thrilled to be working with them on this exciting project”, says Steve Green, EVP Kids Content and Distribution, ITVS GE. “As we’ve seen from the standout success of Parker’s Driving Challenge, fans of Thunderbirds Are Go welcome additional content and alternative ways to experience the series, particularly in the form of digital games. With new episodes of the show airing on CITV this Autumn, the launch of this App will be a complementary addition to the show and our licensing programme”.

Mark Horneff, Managing Director of Kuato Studios, says “Kuato Studios are delighted to be working with ITV on this exciting new adaption of Thunderbirds Are Go. With its beloved characters, thrilling adventure and quality storytelling, Thunderbirds Are Go is a truly iconic show, and a perfect addition to our Tales Maker series.“