Genius Brands International, Inc., a leading media company that creates, produces and licenses children’s multimedia entertainment content and products for global broadcast, digital and retail distribution, has advanced two of its top executives – Kid Genius Cartoon Channel President Deb Pierson has been named as SVP, Global Content Distribution & Marketing; and Lloyd Mintz has been promoted to SVP of Worldwide Consumer Products. The announcement was made by Genius Brands’ Chairman & CEO Andy Heyward, to whom both report directly.

“Many of Genius Brands achievements of the past several years can be directly credited to the efforts of Deb Pierson and Lloyd Mintz,” said Heyward. “Both are stellar executives who are committed to our goal of providing intelligent entertainment experiences for today’s children, including the migration of brand across multiple platforms so that fans can engage with the bands they love in every aspect of their life. These promotions are well earned, and I am very excited to see how Deb and Lloyd will flourish in their expanded roles with the company.” 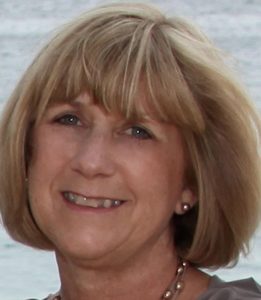 Spearheading the company’s worldwide content sales efforts, Pierson will also identify potential co-production partners and advise on the development of new and acquired properties for international and domestic distribution. Additionally, Pierson will continue to drive the expansion of the Kid Genius Cartoon Channel both domestically and internationally, working in collaboration with Kid Genius Cartoon Channel Executive Chairman Margaret Loesch.

“I am proud to say that I have been passionate about Genius Brands’ content from the moment I first saw what Andy Heyward was producing and developing, and it has been an honor and privilege working alongside Margaret Loesch to build the Kid Genius Cartoon Channel,” explained Pierson. “I’m very excited to expand my role at Genius Brands to share my passion for the incredible content in the company’s library with broadcasters and other distribution platforms around the world.” 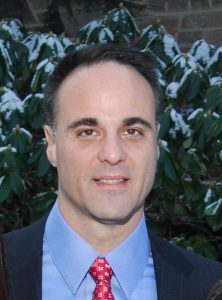 As SVP, Head of Worldwide Consumer Products, Mintz will expand his current areas of oversight in the company’s Consumer Products division, taking on direct responsibility for increasing global awareness for Genius Brands’ roster of brands. This includes spearheading the development and implementation of worldwide licensing and merchandising programs for Genius Brands’ signature brands.

“In the three years since joining Genius Brands, I’ve been fortunate in developing a community of like-mined retailers and licensees who want to entertain youngsters as well as stimulate their minds and encourage their imaginations,” added Mr. Mintz. “I am grateful for the opportunity to expand upon the work and responsibilities I so thoroughly enjoy and have great expectations for the future of our global consumer products developments.”

With over 25 years of experience in children’s entertainment, including nearly six years as Vice President of Sales and Marketing for multiplatform kids’ entertainment channel Kabillion, Pierson brings a wealth of distribution, licensing and product development experience to her new role. Among her many achievements in the children’s entertainment space is the success of Neopets. As Vice President of Specialty Merchandise for Neopets, Pierson created the independent retailer merchandise and licensing strategy for the brand, bringing Neopets to market for their 25 million registered users and leading the product development, manufacturing, licensing and sales for the Neopets’ Specialty Merchandise division.

Mintz was appointed as Genius Brands’ Vice President of Consumer Products in August 2014. In that role, he has collaborated with retailers and licensees to build comprehensive global consumer products’ programs for each of the company’s brands. With more than 25 years of experience in licensing, merchandising and new business development, Mintz is widely respected for his expertise in leveraging brand equity through licensing. Since 2000, he had managed his own consultancy during which time he negotiated more than 150 licensing agreements and generated over $700MM in cumulative retail sales on behalf of clients across a range of brand owners and manufacturers.

Prior to starting his consulting business, Mintz worked at Hasbro, Inc. as the Vice President of Domestic Corporate Licensing where he pioneered the effort to license Hasbro’s classic game brands, such as Monopoly, to slot machine manufacturers – an industry that was virtually untapped for licensing at the time and led the department through five years of unprecedented growth.  He got his start in the licensing industry at Disney Consumer Products where he oversaw Disney’s largest licensee, Mattel, Inc., and their development of toy programs for classic properties such as Lion King, Winnie the Pooh, and Aladdin.