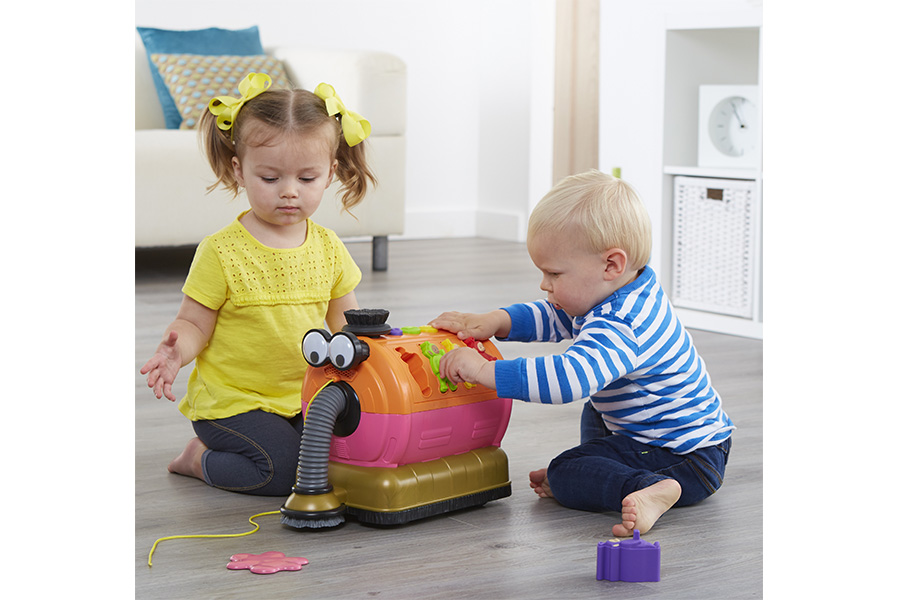 The deal, which runs until 2020, is for worldwide manufacturing rights with U.K. distribution and will see Character Options adding further plush and plastic toys to the range. New lines will be inspired by exciting new elements from season two, which launched earlier in 2017, such as the Tubby Car. In addition, further Tiddlytubbies toys are being developed following their initial launch this month.

The Teletubbies product range first launched in January 2016 and was the number one best-selling new toy property in the UK that year (NPD). Its UK success continued into 2017 with results showing impressive growth across all categories, with overall sales up 36% in value and 23% in units from the same period in 2016. The success of the plush lines continued to drive this growth, featuring as four of the top-five selling lines across the toy range.

Retail distribution and support for the range has been very strong across all key accounts, grocers, high street and specialist retailers, leading the way for the wider licensing programme. DHX Brands and licensing agent CPLG are now finalising their own brand marketing plans to support across multiple categories with key grocery and specialist retailers for Autumn/Winter 2017.

Already this year, Character Options has introduced Teletubbies Weebles to their product offering with further launches planned for the second half of the year, including the adorable 20th anniversary Party Plush characters and Tiddlytubbies toys.

Tom Roe, Commercial Director at DHX Brands said: “As we continue to grow the overall licensing programme for Teletubbies, it is imperative that we build on the strong sales of core categories. Character Options has done a superb job with the toy line and we are excited about the new product to come that will complement the current broadcast season. We are confident that our continued relationship will see Teletubbies toys go from strength to strength at retail.”

Jerry Healy, Group Marketing Director for Character Options, added: “We are delighted to have renewed our contract for worldwide manufacturing rights with U.K. Distribution. Since its launch in January 2016, Teletubbies sales in the UK have continued to grow and the brand is becoming a staple. We believe it will be in our portfolio for many years to come. The new series captures the imagination of children, and provides us with a wealth of environments and characters to expand our product range and grow sales even further.“

← The Winx on board of MSC Sinfonia and MSC Armonia Sticker Bazaar partners with Purple Turtle to launch stickers, craft stationery and gifts for kids →