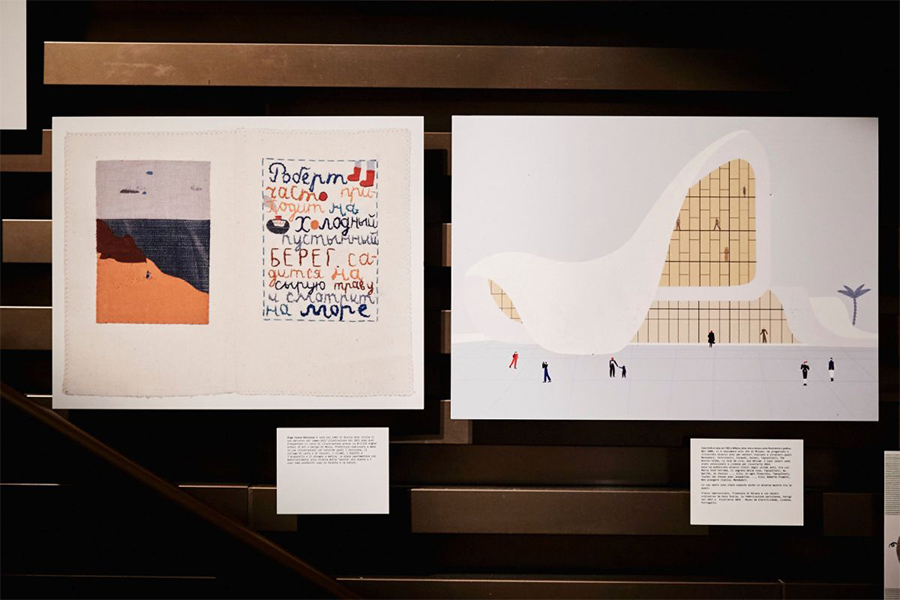 The international illustration exhibition by Bologna Children’s Book Fair met for the second year in a row the kids’ fashion world, last June in Florence at Pitti Bimbo. An exhibition art made of 21 selected illustrators.

“Off the Page… and in the World of Fashion” – the collaboration between Bologna Children’s Book Fair and Pitti Immagine Bimbo in order to bring the best of the international illustration in kids fashion – came to its second edition this year and it further expanded. Bologna Children’s Book Fair, the most important international children’s publishing event, only for trade, has been organizing since over fifty years the illustrators exhibition, an unmissable showcase on the latest trends and new illustration artists. Among the talents of the latest edition, a jury of experts chose the artists who brought their artworks on stage in Florence at Pitti Bimbo 85: 21 illustrators exhibited were the result of a careful selection intended to identify the creativity open to an unprecedented dialogue with collections proposed by the companies present at the exhibition. Pitti Immagine Bimbo allowed to selected Illustrators to enter in contact with the major brands in the kids’ fashion sector. Yet another great opportunity of visibility for young illustrators awarded each year at the Bologna Children’s Book Fair.

The diversity of languages, cultures and sensitivity is the alchemy of this meeting with Pitti Immagine Bimbo, which gives rise to curiosity and desires of new paths, thin frames on which to build stories, suggestions and projects. The collaboration between Bologna Children’s Book Fair and Pitti Immagine Bimbo is not only this: born in 2016, it declines in two annual creative appointments: “Off the Pages… and in the World of Fashion”, in June, and “The Extraordinary Library” – a selection of volumes of excellence of publishing houses, from all over the world, 100 books, 100 editorial pearls that Bologna Children’s Books Fair selects for visitors of Pitti Bimbo, in the January edition. A fruitful collaboration which clearly emphasizes the intercultural vocation of fair, always a transmedia platform, capable of spreading its values and contents across all media and sectors. Bologna Children’s Book Fair is the global leading children’s publishing professional event, organized by BolognaFiere, which in the edition 2017 got the attendance of over 1300 exhibitors from 75 countries: a cultural event inevitable to make the point on the latest trends and to anticipate the future on publishing and illustration, paper books and digital.