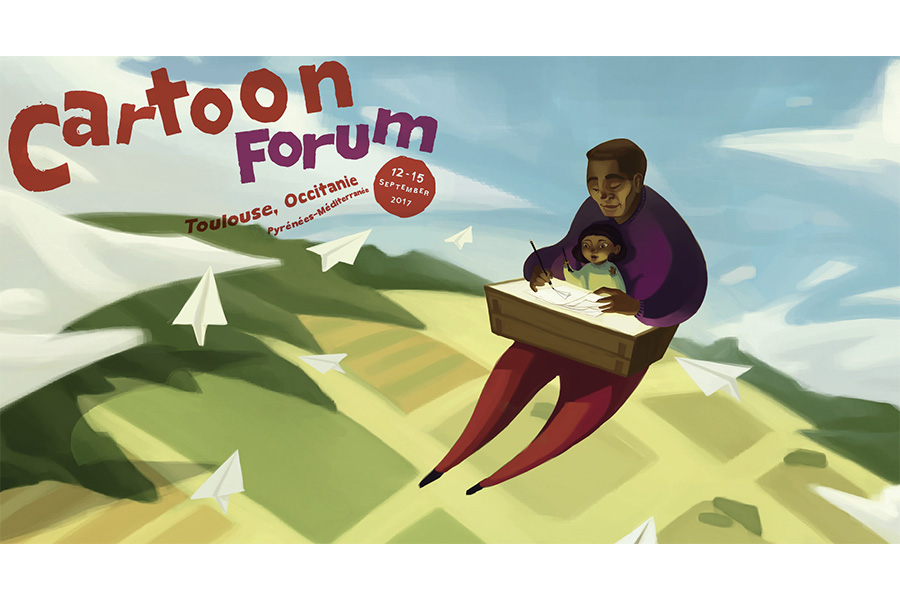 Tags from the story: Cartoon Forum.

From 12 to 15 September in Toulouse, OCCITANIE / Pyrénées-Méditerranée.

The French city of Toulouse will host the 28th edition of Cartoon Forum, the co-production platform for European animation series that will present 83 new projects from across Europe from 12-15 September 2017. Over the past quarter of a century, Cartoon Forum has steadily grown in quality and size. This year a record was reached: 23 countries have selected projects.

About 900 sector professionals will have the opportunity to discover some 470 hours of animated series that can boast of original stories and innovative visual material.

France leads the line-up by country with 28 projects followed by Ireland with 9 projects, Belgium and Poland with 5 projects each, which confirm their solid production trend. Four projects will be presented by Finland, Italy, Spain and the UK. Animation production continues to expand across the rest of Europe: Germany, Portugal, Bulgaria, Croatia, Czech Republic, Denmark, Netherlands, Sweden, …

In addition, three projects that were pitched at Cartoon Springboard 2016, event for the emergence of young talents, were selected for the Cartoon Forum 2017: “Hungry Bear Tales” by Bionaut, “Mabel Cleans Up” by Viola Lippmann and “The Brownies” by Zographic films.

In terms of format, European producers continue focusing on cross-media, enabling 50% of the pitches at Toulouse to be viewed on mobile phones, video games, tablets or the Internet, in addition to television screens. In line with the growing number of children’s television channels across Europe, half of the projects are aimed at children. Pre-school series represent a third of the projects and less than 10% of the shows are aimed at the “new” target of young adults and adults.

For the second time, Cartoon Forum will be putting the spotlight on a country. Poland, more and more well-known in the animation sector, has offered its candidature for being the spotlight country to go under the full limelight of the media. On the strength of its five selected projects this year, Poland animation will appear as a constant thread throughout Cartoon Forum: presentations of Polish studios during Croissant Shows, Polish Farewell Dinner & Party, … and many more surprises!

← Mondo TV brought recent successes and hits of the future to NATPE At last Pitti Bimbo the second edition of "Off the page... and in the World of Fashion" →