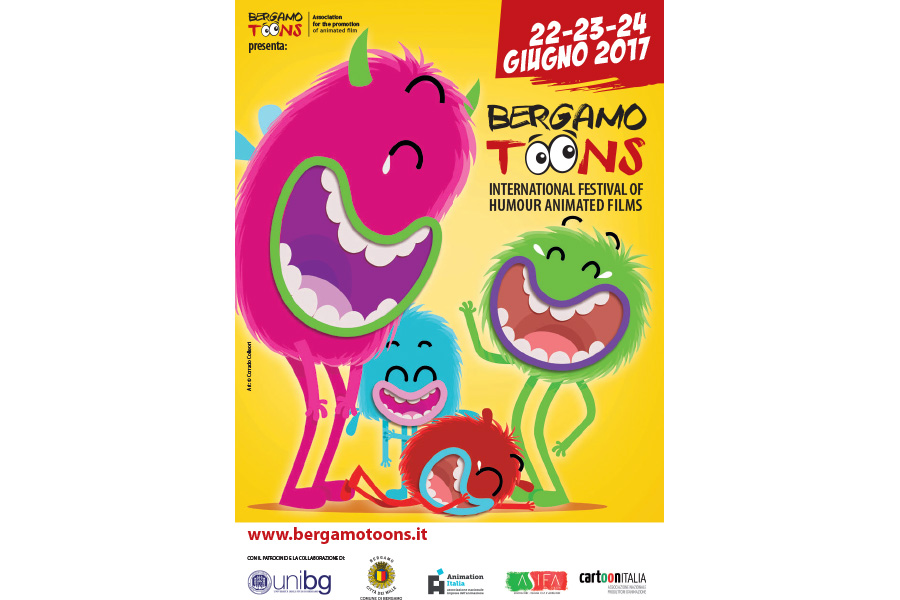 BergamoTOONS from 22nd to 24th June

The animator of The Simpsons in Italy, exhibits, presentations and workshops.

From 22nd to 24th June, Bergamo will become the global capital of cartoon for 3 days thanks to the BergamoTOONS festival: the first edition of an event full of activities, conferences, screenings and exhibits dedicated to animated film. The whole event is free entry.

The feeling of the event will be humour: an element that makes many of Bruno Bozzetto’s works stand out. The Bergamo native director and cartoonist is the Honorary President of the BergamoTOONS Association, the organizer of the festival, of which Federico Fiecconi is Artistic Director.

David Silverman is attending from Hollywood, the director that brought the very first episodes of The Simpsons to screens 30 years ago by animating the cartoons by Matt Groening, and who was also director of The Simpsons Movie; Silvia Pompei, Italian animator for Fox, will also attend with David.

The heart of the city of Bergamo will open its most famous locations to the world of animation. The ex-church, Santa Maria Maddalena, will be hosting the unpublished exhibit entitled “The Simpsons – The behind the scenes art” until 15th July, which will exclusively reveal original artwork to the world that was used to produce the Fox series.

More original art from the screen on Thursday 22nd at the Gallery of Modern Art GAMeC: the double Bozzetto appointment will offer the inauguration of the original sketches exhibit, which is entitled Arte di Allegro non troppo, that will stay on show until 2nd July, followed by the projection of the Bozzetto non troppo (2016) film by Marco Bonfanti. And the Carrara Accademia will follow up with a screening of shorts under the stars.

A Simpsons marathon is also on the cards, which is set to reproduce the best episodes of the series; the open air screenings on the walls of Sant’Agostino will offer the Bergamo audience films, such as The Simpsons Movie (2007), which will be presented by its director, Silverman. At the Donizetti Theatre on the evening of Thursday 22nd, the fresh version of Allegro non troppo (1976) by Bruno Bozzetto, will be shown, which shows a young Maurizio Nichetti as protagonist who will be in attendance with the director. The event will follow Cartoonist at the opera! which boasts the ironic talent of the Italo-Bavarian artist, Joshua Held at the helms with the opera by Rossini.

Amongst other appointments that have been thought up for a young audience: Aperitoon and Cartoon Party are ready to toast the anniversaries of some heroes in cartoon animation fun: The Simpsons (30 years), 70 years of Daffy Duck, and the old TV Professor Balthezar (50 years).

Amongst much fun at BergamoTOONS there is also a mission of seriousness: to stimulate new professionals in the field and to offer youngsters the instruments with which to take on a career in the world of animation, through workshops, meetings and masterclasses that are held by professionals in the field such as the musician Roberto Frattini and the cartoonist Simone Albrigi from the famous Scottecs. At the centre of attention will be writing language and productive technology in animated cinema in the moment of entertainment not to mention communication instruments in advertisements. A mission that will find its epicentre in the complex of Sant’Agostino at the University of Bergamo, meeting place and conference centre for BergamoTOONS and that will culminate the lectio magistralis of David Silverman, before the musical finale and end cartoons of Carmine in Città Alta.

For the detailed programme of events and screenings the place to be is on the Facebook page for BergamoTOONS and on the site at www.bergamotoons.it.