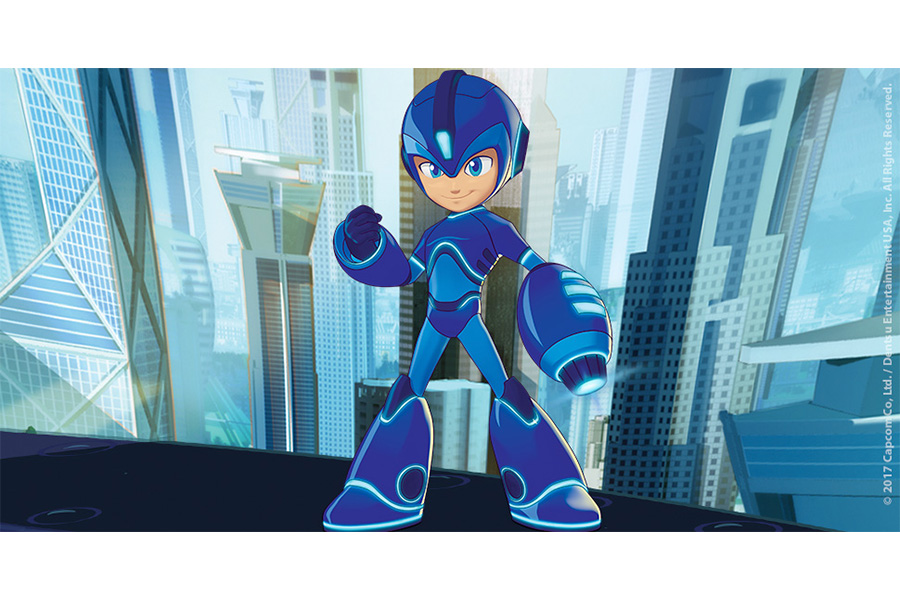 Based on Capcom’s legendary Mega Man video game franchise, the 3D animated series goes into production this summer at DHX Media’s Vancouver studio and underscores the company’s strategy to reboot classic kids’ brands that have potential to drive growth across multiple revenue streams. Man of Action Entertainment (Ben 10, Generator Rex, and the creators of the characters and team featured in Big Hero 6) will write and executive produce the series in collaboration with DHX Media and Dentsu Entertainment. Cartoon Network U.S. and DHX Media’s Family CHRGD in Canada have licensed the show for broadcast.

Peter Byrne, EVP, DHX Brands, said: “With 30 years of heritage, Mega Man is a truly iconic kids’ brand. We’re looking forward to working with JAKKS to bring an inspirational range of toys to a whole new audience. It’s an exciting addition to the DHX Brands portfolio.”

“I grew up with Mega Man and am a big fan, so I’m thrilled for JAKKS to team up with DHX Brands and Dentsu on the new animated series,” said Jack McGrath, COO, JAKKS Pacific. “JAKKS will bring to life the characters of this terrific franchise through a wide range of toys and costumes for a new generation of kids.”

Aimed at kids 6 to 11, the new Mega Man animated series will feature exciting new technologies and robots, as well as the introduction of Mega Man’s alter-ego, Aki Light. Aki is a regular, upbeat schoolboy robot who has nano-core technology that allows him to transform into the mega-powered super hero, Mega Man. With his Mega Buster arm cannon and iconic helmet, Mega Man battles the wickedest villains Silicon City has to offer. Beloved characters such as Mega Man’s robotic dog, Rush, will return, while new characters will make their debut.

The Mega Man franchise is grounded in a series of video games, first launched in 1987 by Capcom, featuring battles fought by the eponymous blue robot protagonist and an ongoing cast of allies and enemies. The Mega Man multiverse has spawned over 130 video games on multiple gaming systems, selling over 31 million copies worldwide, as well as a plethora of toys, comics and collectibles. A highly rated Mega Man TV series was popular in the USA in the mid-1990s and aired on ABC Family.