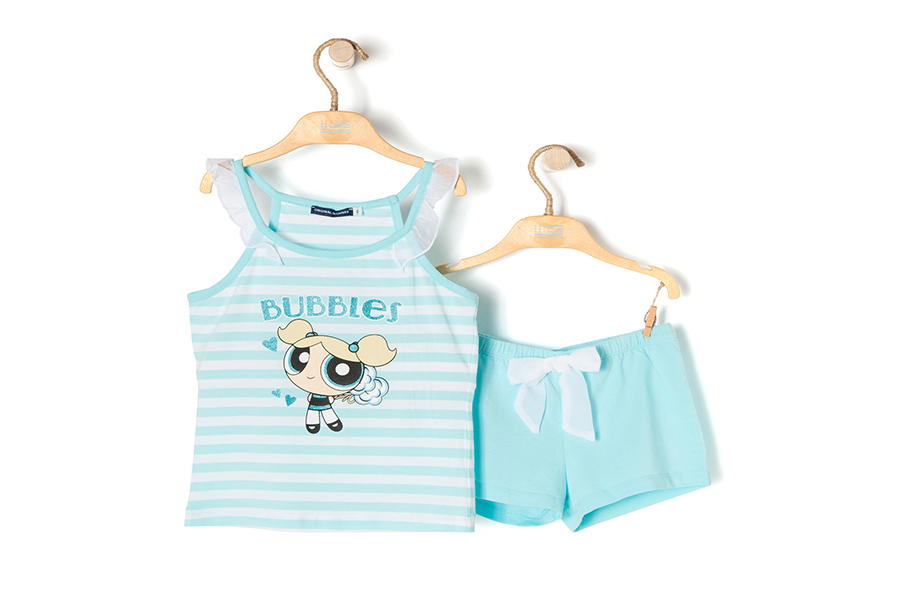 THE POWERPUFF GIRLS COLLECTION BY ORIGINAL MARINES HAS ARRIVED

Tags from the story: Original Marines, The Powerpuff Girls, Turner.

The summer 2017 collection for 2-12 year old girls is available throughout branded stores.

Turner, a Time Warner Group company, Italian owner of the Cartoon Network and Boomerang channels on the Sky platform, and Boing and Cartoonito on Digital Terrestrial with RTI Mediaset – has signed an important licensing agreement with casual and sporty clothing brand, Original Marines, with designs available from baby to teenager. The production and retail, in branded stores, of the 2017 summer line has been inspired by the very popular tv series – The Powerpuff Girls, which airs on Cartoon Network (channel 607 on Sky and 350 of Mediaset Premium) and on Boing (channel 40 on DTT).

Buttercup, Bloom and Bubbles are the protagonists of the looks that have been created for girls between the ages of 2 and 12 years. The collection is made up of original and unique garments that are characterized by summer colours and quality materials to face the hottest months in style. There are many options available: from the set that is made up of a romantic sleeveless polo, with the small print of Blossom on the heart, and canopy shorts that can be paired with capri leggings for a casual-chic look that is adaptable to every occasion. In the line inspired by the three volcano sisters with superpowers, the swimsuits are not to be forgotten, available in both a two piece and one piece version to satisfy the needs and tastes of little ones. A fun beach towel is also available to stay fashionable on the sand.

Since their TV debut in 1998, Blossom, Buttercup and Bubbles have been inspiring girls and women of all ages, making them the original ambassadors of ‘Girl Power’ The Powerpuff Girls have been a real life cult for years, taking in a grand audience of fans.

During the 78 episodes of the television series, created by Craig McCracken, 2 Emmy® Awards have been won, along with 5 nominations, not to mention numerous other awards.