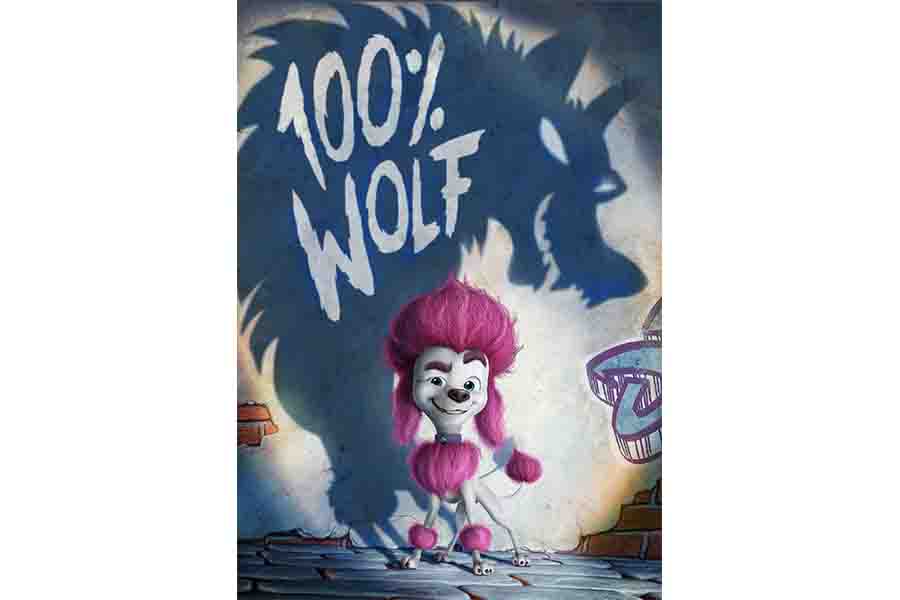 100% Wolf tells the story of Freddy Lupin, heir to a family of noble werewolves and desperate to become a werewolf himself! But on his 13th birthday, Freddy’s first transwolfation doesn’t quite go to plan when he turns into a ferocious, furry…poodle?! Just when Freddy thinks life can’t get any worse, he’s groomed against his will, chased into the streets and thrown into dog prison. Can Freddy and his new streetwise friend, Batty, escape? Who is the sinister man following his every move Despite his pink and fluffy exterior can Freddy prove he’s still 100% Wolf?

The story of 100% Wolf is based on the Australian book of the same name by Jayne Lyons. Her much loved adventure has enjoyed wide spread success locally and is now set to travel around the world.Originally published in 2008 in Australia, 100% Wolf went on to be named Bank Street Best Book of the Year and received the Parents’ Choice Recommendation in 2009, now Flying Bark Productions takes it to the big screen. The film will continue the book’s coming of age themes of embracing yourself, finding your place and standing up for what you believe in.
The new movie 100% Wolf will be produced by Flying Bark Productions, Australia, and directed by Alexs Stadermann with a script written by Fin Edquist. Producers are Barbara Stephen and Alexia Gates-Foale. Munich-based Studio 100 Film is the worldwide sales agent.