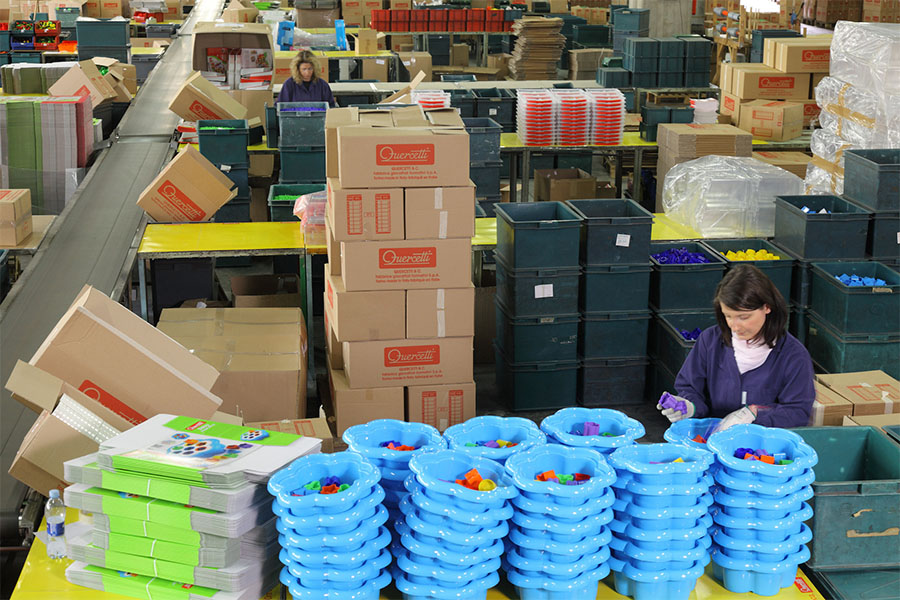 Quercetti: sales increase and new materials are tried out

Tags from the story: Quercetti.

Pixel Art, the tack toy for older children and adults, is boosting sales.

+22%. This is the percentage of growth, through national sales channels in 2016, that has been confirmed by Quercetti & Co., educational toy factory that was founded in 1950. After years of shrinkage on the market, the Turin -based company’s sales see a superior growth to the national average. The toy market, that is worth 1.8 billion Euro in Italy, finished 2016 at +5%.

The Pixel Art line of products, big sister to the famous tack toy, is product of the toy factory and holds responsibility for this result. +58% of sales were of products of this line. The investments during 2016 were mainly dedicated to printing, to upgrade the production of tacks for this toy. A successful choice for the Quercetti brothers, as they enjoyed another record of production: 1 billion and 600 million tacks made in the space of 365 days. 50% more tacks than the previous year.

A prediction of the increase of the product range was also necessary. At present, there is an entire range of Pixel Art toys of various dimensions, both modular and personalizable. It is possible to reproduce your own photos, a scene, or a painting with the tacks. The versatility of both the product and its target, which is even adaptable for an adult audience, has opened new sales channels for the brand. From homewares to gifts, not forgetting the traditional channel of toy stores. A success that demonstrated that the digital world can be of support to analogical items.

2016’s investments were also aimed at experimenting with new materials. Due to said investments, a new line of Quercetti Wood toys were released at Christmas. A courageous choice to invest in wood, for a company that has been producing solely plastic toys for 67 years. Not forgetting the “Green” line that was released last summer – a kit to create a garden on one’s own balcony – where the materials consisted of mainly soil and seeds, the toy was relaunched in Spring 2017 due to its success. This kit is also of Italian produce, from the seeds, to the earth, to the packaging.

2017 was begun with the launch of a range of cardboard toys, underlining the company’s intention to increase the production of environmentally friendly materials. However, they managed not to lose the idea of hands-on toys, traditional and analogical, that characterize the brand as a whole. No electricity, cables or touch screens in the Quercetti catalogue. Just toys that work with “kid energy”. A choice that definitely works for the company, not only from a sales point of view. 2016 also saw Quercetti in the ADI Design Index. It was the first time that a toy factory was in the run for the Golden Compass award.

The toy selected by the ADI, just like all of the Quercetti toys, is locally made in Turin, Italy, beating the Far East competition.