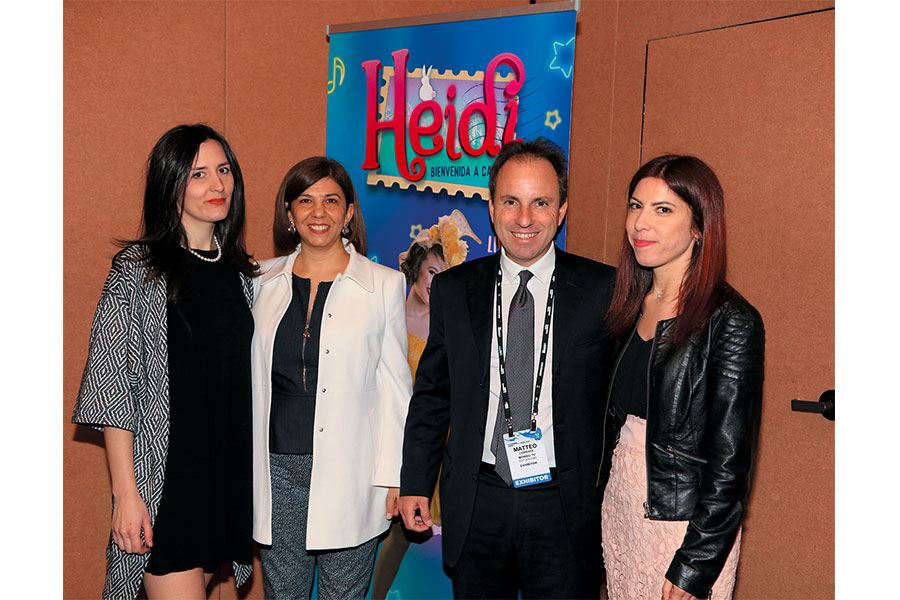 This year two properties in particular held centre stage: one a recently launched television series with strong licensing prospects, the second a series in the early stages of production but already part of a long-term licensing campaign.

It’s been a busy Licensing Expo for Mondo TV, with many meetings and enquiries and a high level of interest in new or established brands like Robot Trains, Sissi the Young Empress and YooHoo & Friends.

Mondo was able to report a very successful event on the day before Licensing Expo officially opened — a licensing summit for Heidi, Bienvenida a Casa, Mondo’s first live action show, produced by Mondo TV Iberoamerica along with Alianzas Producciones.

The summit welcomed many participants, including actual and potential licensees from all over the world, to the Mandalay Bay Convention Center. There they heard about the show, which follows the adventures of a country girl in the city, bringing together comedy, humour and music in a moving and charming update of the classic novel. 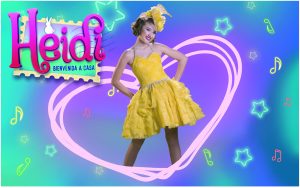 The Heidi, Bienvenida a Casa summit offered a comprehensive overview of this major series, looking at TV sales projections and growth, future seasons, the launch of the show in Latin America early this year, and potential launches in other regions. The summit also looked at promotional activity and, of course, the licensing programme, for which a number of agents have been announced across the Americas.

The summit also focused on the show’s characters and concepts, but especially on the values that underpin the series and are likely to appeal strongly to its teen audience — values like friendship, respect for others, and love of nature and animals.

Presentations came from Panini, which has already signed to produce a wide range of Heidi-inspired books, stickers and magazines for a number of markets, Exim, licensing agent for both Colombia and Brazil, and Surge Licensing, covering the US.

Heidi is an established TV presence. Invention Story, by contrast, will not arrive on our screens until 2018. However, this 3D and HD animated comedy and action series for 5-9 year olds has already secured a major long-term commitment from the production partners, Henan York Animation and Mondo TV.

Invention Story is the tale of an intelligent, thoughtful and creative fox who, in each episode, comes up with a new invention that amazes and delights every member of the rabbit population in Carrot Town, his adopted home. Everyone, that is, except the mayor, Silas Hopner, who briefly had a reputation as an inventor long ago and is jealous of Kit. His main aim is to foil Kit — or steal his ideas.

There are plots, conflicts and rivalries, as well as funny and engaging characters — but this show also offers something different. By following the little fox in his efforts to build each new invention, the young audience will find out more about science and how it works.

Such is the enormous potential of Invention Story across both play and learning-related licensed product that Henan York Animation and Mondo TV have already committed to five series.

Series one of Invention Story — a total of 104 11-minute episodes — will be ready for previewing later this year. With more series certain to follow, licensees will be able to plan for a long-term campaign.

Matteo Corradi, CEO Mondo TV, says: “Licensing Expo was, as ever, a busy and exciting event, which saw strong visitor interest in the Mondo portfolio – and in particular Heidi, Beinvenida a Casa and Invention story. We’re thrilled with the response to these two properties, which maintain our strong record of innovation in entertainment – and licensing.”