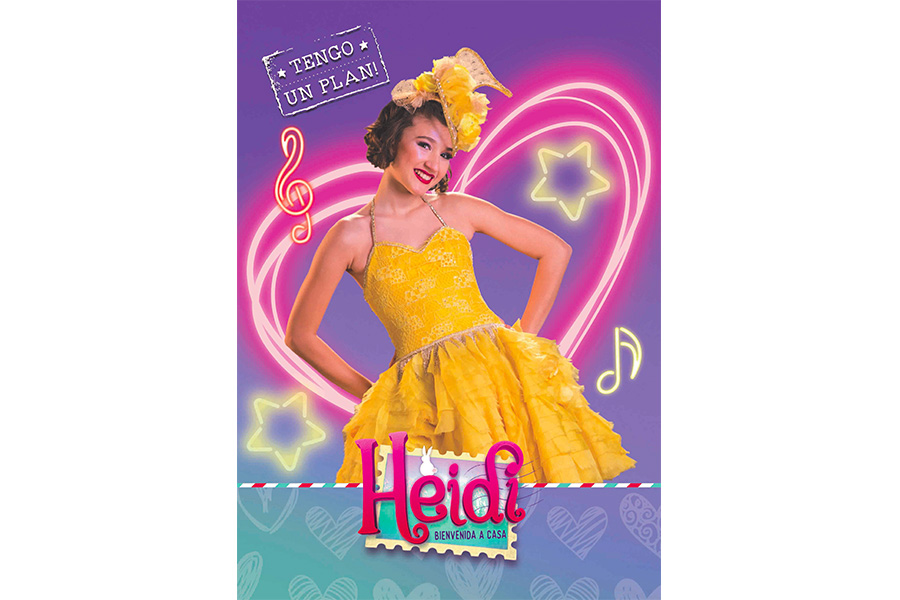 Mondo TV Iboeramerica, a division of Mondo TV, one of the largest European producers and distributors of animated content, has announced the award of a major licence to Panini SpA, a world leader in publishing as well as stickers and trading cards. Panini will produce a wide range of books, comics and magazines within Spanish and Portugese-speaking Europe and Latin America, using the Heidi Bienvenida a Casa brand and characters. The products are expected to launch at retail during 2018.

Recently launched across Latin America, including Brazil, Heidi, Bienvenida a Casa (60 x 45’) is a modern, live-action adaptation of the classic children’s novel, Heidi, about a girl who leaves her beloved mountain home to move to the big city. Entirely produced in Argentina, it has now been launched on one of Latin America’s major regional pay TV channels: Nickelodeon Latinoamérica.

Arriving on screens throughout the region — and Brazil — in March, this updated version of the Heidi story is based on an idea by the legendary Argentinian writer and producer ​​Marcela Citterio, whose vast portfolio of hits includes a number of international success stories such as Yo Soy Franky, Chica Vampiro and Patito Feo. Two more seasons of Heidi, Bienvenida a Casa are already being planned.

Mondo TV Iberoamerica Group also secured agency agreements with Exim and throughout Latin American markets for Heidi, Bienvenida a Casa and with Surge Licensing Inc. that will represent Heidi, now expanding to the North America market.

Valentina La Macchia, Director of Consumer Products Division, Mondo TV, said: “Panini has been a trusted partner in a number of Mondo TV projects and we are proud and delighted that this leading international company is once again working with a major Mondo TV brand. We are convinced that Heidi and Panini will be a winning combination.”