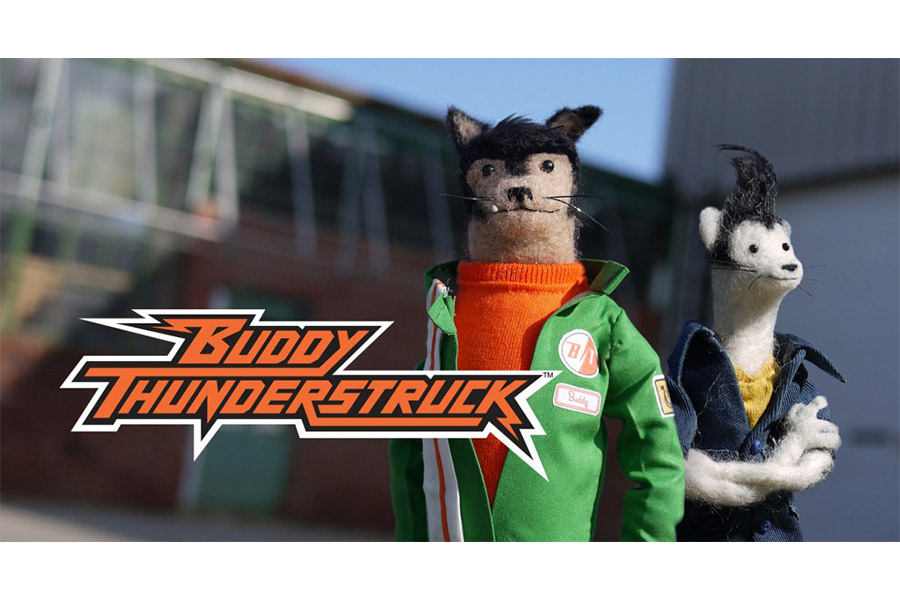 Funko is on board to design and produce a line of Funko plush, vinyl figurines, accessories and apparel featuring characters from Buddy Thunderstruck including the legend himself, Buddy Thunderstruck, his trusted mechanic and albino ferret best friend, Darnell Fetzervalve, the tire-squealing, nitro-burning Rabble Rouser. The line is anticipated to launch Holiday 2017 online and at retailers nationwide.

“We are honored and thrilled to be revealed as the first licensing partner for Buddy Thunderstuck,” said Funko CEO Brian Mariotti. “American Greetings has done an amazing job with the show, and we know the show’s fans will be as excited as we are when they see Buddy Thunderstuck and his friends created in our own inimitable Funko style.”

“We couldn’t be more excited to kick off the licensing program with Funko, who we know will be a phenomenal partner and perfect fit for the brand,” says Nora Wong, VP of Domestic Licensing for AGE. “Funko will bring the characters to life in a brand new way, and we anticipate the line will speak to the young fans of the show AND to their parents!”