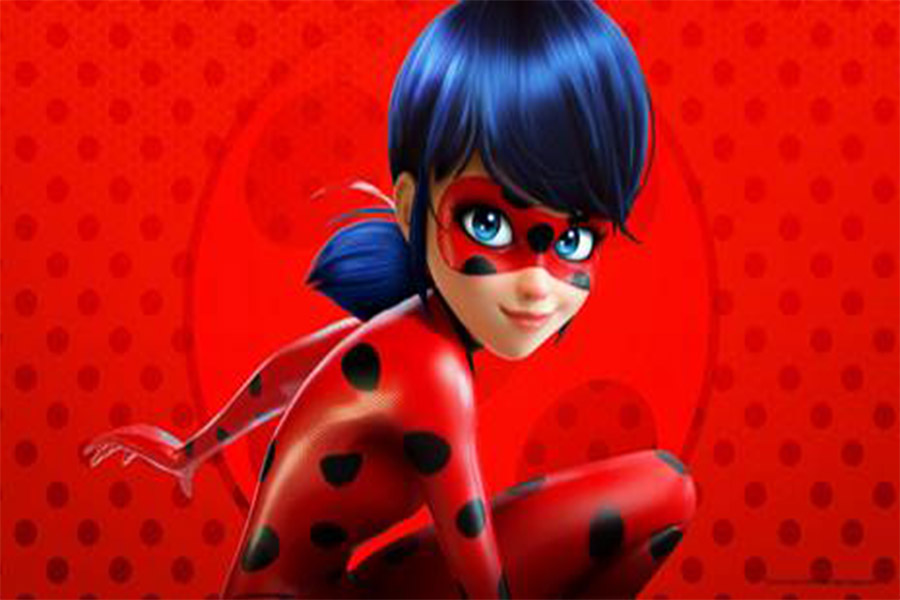 Bulldog Licensing, one of the UK’s leading licensing agencies, is presenting a plethora of top properties at this year’s Las Vegas Licensing Expo. SHOPKINS™ is the #1 fastest growing girls toy brand globally, featuring snack-sized collectable store items, each with little faces and unique creative names. The statistics surrounding this Moose Toys brand are staggering – UK revenue hit $125million in 2016 alone and the property is the biggest girls’ brand in the UK toy sector – $21 million above its nearest rival – and this is only the beginning. The first ever direct to video release in Q4 2016 was an instant success; topping the charts in major markets US, UK and Australia. With over 210 licensing partners internationally, Shopkins consumer products features in over 60 countries and has a host of big name partners including Gemma (party goods), Fashion UK (apparel), Aykroyds TDP (nightwear and underwear), Spearmark (lunchware, tableware, drinkware and lighting), Topps (collectible and trading cards), VMC (headwear, scarves, sunglasses and more), Blueprint (stationery), Character World (bedding, inflatable chairs and beanbags), Danilo (greetings cards, wrap and calendars), DJ Murphy (magazines), Winning Moves (games), and Whitehouse Leisure (amusement plush). Garfield is the instantly recognizable cartoon cat featured in over 2,100 newspapers across the globe. The portly feline holds the Guinness World Record for the most syndicated cartoon strip and is responsible for book sales in excess of 200 million copies to date, two feature-length live-action films, and three CGI animated movies – as well as thousands of lines of licensed merchandise. Current licensees include Misirli (slipper socks and children’s nightwear), Ravette (publishing), Aurora (plush) and SNI Optometric (eyewear). Garfield apparel is also a major seller on the high street with ranges from BCI, Blues and Poetic Gem selling in huge numbers.

EA is one of the biggest games companies in the world and is behind major brands that have dominated the digital landscape for years. Bulldog is currently representing Titanfall, Sims and EA Sports, as well as Mass Effect: Andromeda – the latest instalment in EA’s Mass Effect sci-fi shooter series, which has sold millions of copies worldwide and is acclaimed as one of the greatest ever video game franchises. Despite the game only launching on March 23rd the licensing programme already includes Trademark and Insert Coin (both apparel), Rubber Road and Level Up Wear (both apparel and accessories) Imagine 8 (gift and stationery) and GB Eye (wall décor, badges, travel card holders, mugs, keyrings, stationery, glassware). Angry Birds is the mobile game that – through a mixture of simple yet addictive gameplay, striking graphics and low prices – is a global phenomenon. The various games in the franchise, from the original through to Angry Birds Star Wars and Angry Birds 2, have been downloaded over three billion times in total and Angry Birds is now a massive property with a reach across the generations. The brand also has nearly 25million Facebook followers, whilst the Angry Birds YouTube channel boasts over two billion views, and five billion views through the Toons TV app. Last year’s Angry Birds movie – a big box office hit – has boosted the brand’s profile even further whilst the broadcast of the TV series, recently launched on the Kix and Pop channels in the UK is set to further cement the power of this household favourite. Enid Blyton is the much-loved children’s author who still sells a book a minute in the UK and regularly features in the top ten list of best-selling authors. Her most famous series – The Famous Five – celebrates its 75th anniversary this year and has inspired a hugely popular range of tongue-in-cheek adult’s books, including Five On Brexit Island, Five Go Gluten Free and Five Give Up The Booze which notched up sales of more than a million units in just three months in 2016. Bulldog has lined up a full programme to celebrate the anniversary, with Danilo on board for greeting cards, and stationery, games, gift and food products also planned to launch later in the year.

Miraculous™: Tales of Ladybug & Cat Noir is the superhero phenomenon featuring the action-packed adventures of Marinette and Adrien – two normal kids secretly chosen to save Paris from arch-villain Hawk Moth. With the help of their magical Kwamis they transform into young super heroes – Ladybug and Cat Noir – with a mission to capture the Akumas, the butterfly minions who are threatening Paris, and restore peace to their cherished city. The first series is the No. 1 show on the Disney Channel UK and, having debuted on the free to air Pop channel more recently is also topping the viewing charts there. Disney has also snapped up series 2 and 3, with the former screening later this year. A growing licensing programme includes Igloo Books (publishing), Roy Lowe (socks), Gosh! Designs (various categories, including plush and stationery), Maad Toys (bags and purses), Rubies (dress-up), Gemma International (greeting cards and gift packaging), Aykroyds/TDP (nightwear and underwear), Whitehouse Leisure (amusement plush), and Dreamtex (bedding and bedtime accessories). Master toy partner Bandai launched exclusively with TRU at the end of 2016 before rolling out to the rest of the market where sales are extremely strong, supported by a huge marketing programme from the global toyco.

Zak Storm is the new CGI animation from Zag Studios – the team behind Miraculous – and features the eponymous Zak, a fearless teen surfer who finds himself sucked into the Bermuda Triangle. Here, he transforms into a Super Pirate and, with the help of Calabras – his trusty magic sword – and a motley crew of friends, he must face and defeat the many perils of the seven seas. The eagerly anticipated show is set to broadcast across the world in summer/autumn, including on POP in the UK.

“The Las Vegas Licensing Expo is always a big date in our diary and we’re looking forward to presenting a range of brands that all offer considerable potential,” says Bulldog MD Rob Corney. “The properties we manage are all thriving and licensees have the chance to talk with us about how to capitalise on this upward trend.”