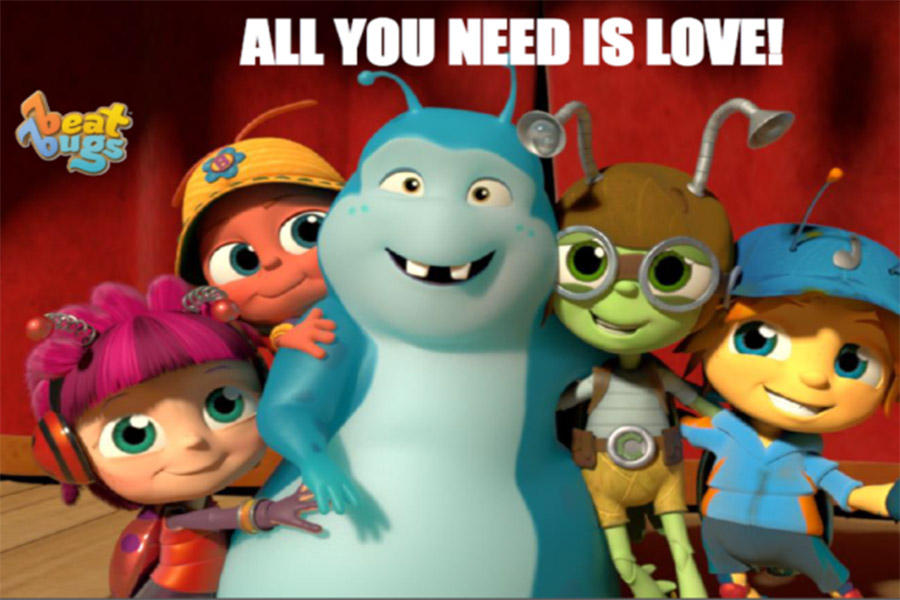 “Beat Bugs” Makes Its Way To Retail This Summer

Beat Bugs, a Netflix original series available globally on the streaming platform and on the Seven Network in Australia, introduces a new generation to the songs of the most influential band in rock history, The Beatles. The series, created by Josh Wakely, features five charming and funny child-like bugs who adventure together in an overgrown backyard. Each episode features a beloved song made famous by The Beatles, some sung by special celebrity guests who double as one of the Beat Bugs adorable and eclectic friends. Whether it be “Magical Mystery Tour” with Eddie Vedder, “Sgt. Pepper’s Lonely Hearts Club Band” with Rod Stewart, “I’ll Follow the Sun” covered by Jennifer Hudson, or “Lucy in the Sky With Diamonds,” featuring P!nk, the Beat Bugs get by with a little help from their friends.

The curated assortment of interactive Beat Bugs merchandise across multiple categories will hit Target stores in July to coincide with Back to School, followed by Tesco in August. The line seeks to embody the musicality, humor and heart of the show, across several aisles.

“It is significant to launch this comprehensive of a consumer products range for an original Netflix property with such meaningful retail partners as Target and Tesco; a testament to how special the Beat Bugs show is,” said Geoff Rosenhain, CEO, Centa IP. “We are thrilled to bring such an amazing franchise to the marketplace for a property that has resonated so strongly with kids, parents and grandparents who love The Beatles’ music and sweetness of the show.”

“My team and I are proud to be working with Target and Tesco to release this exclusive collection of merchandise that captures the spirit and imagination of ‘Beat Bugs,” said show creator Josh Wakely. “We’re excited to take it into the homes and hands of the children who have fallen in love with this iconic music and connected with the stories and characters in our show.”

← "Yu-Gi-Oh! The Art of the Cards" in Stores Trolls and Arnetta initiative to hit BimboStore and Toys Center →