Mondo TV, one of the largest European producers and distributors of animated content, will be meeting partners and presenting a large selection of brands from its portfolio at stand G214 at this year’s Licensing Expo in Las Vegas. As ever, Mondo TV’s wide-ranging catalogue will provide a strong and diverse range of licensing opportunities for markets ranging from kids to teenagers. 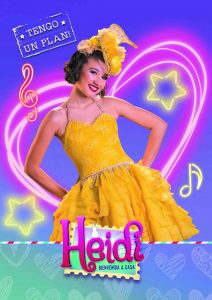 But the main event this year will be a licensing summit for Heidi, Bienvenida a Casa, Mondo’s first live action show, produced by Mondo TV Iberoamerica along with Alianzas Producciones. Attendees at the summit, which takes place from 2pm on May 22nd in the Jasmine E Room at the Mandalay Bay Convention Center, will hear about the licensing and broadcast prospects of the show, which follows the adventures of a country girl in the city, bringing together comedy, humour and music in a moving and charming update of the classic novel. Already making an impact in the Latin American market, the show is expected to attract strong broadcast interest in other regions in the coming months.

The Heidi, Bienvenida a Casa summit will be a comprehensive overview of this major series across TV, marketing and licensing. The summit’s itinerary includes a review of the origins and launch of the series and its successes to date, along with a look at TV sales projections and growth, future seasons, promotional activity and, most importantly, the licensing programme. A number of licensing agencies have already been assigned throughout Latin America and their plans will be discussed. Prospects for the European market and the rest of the world will also be reviewed. 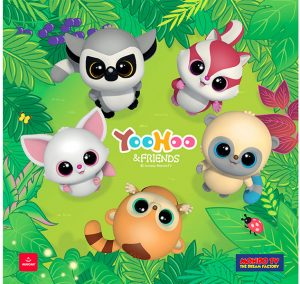 Another major new arrival on TV screens is YooHoo & Friends, and Mondo TV will also be focusing on the launch of this brand-new animated children’s series and, in particular, a global licensing and merchandising agreement for YooHoo & Friends with Panini SpA, a global leader in the production and distribution of stickers and trading cards. Panini has been awarded a worldwide license allowing it to create and market such items as stickers, trading cards and photocards in local languages using the YooHoo & Friends brand and characters. The products are expected to launch at retail in early 2018.

Yoohoo & Friends is a new series, launching Q1 2018, in which five cute friends help endangered animals. The show is based on the globally successful line of Aurora World YooHoo & Friends plush toys, more than 80 million of which have been sold since the worldwide launch of the line in 2007. 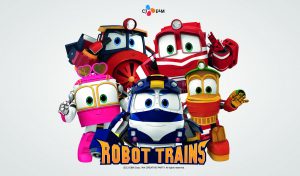 Also on the way is the exciting animated series for children aged between 4 and 7 years, Robot Trains, produced by Korean content and marketing company, CJ E&M, for which Mondo TV is distributor and licensing agent in a number of territories. The first two Robot Trains licences have already been announced. They are with Italian food company Preziosi Food for a variety of food items, including Easter eggs, surprise eggs and spreadable cream, and Grani & Partners Preziosi Group for collectible Robot Trains products. Another new deal has been agreed with Ravensburger for puzzles and memory games for the Italian market.

And there’s much more! Visitors to G214 can also hear about Cuby Zoo, another animated co-production with Aurora World. The very popular Sissi the Young Empress, is already on air with its second season. There are also the comedy and action series Invention story, Adventures in Duckport, The Treasure Island, Eddie is a Yeti, Bug Rangers, Nori – Rollercoaster Boy.

Matteo Corradi, Mondo TV CEO, says: “2017 has already seen a great deal of activity from Mondo TV and its partners in broadcasting and licensing. Heidi, Bienvenida a Casa in particular is attracting strong interest, which is why we have devoted a special summit to this series, but we also have an exciting portfolio of shows for many ages, which we are looking forward to presenting at Licensing Expo.”