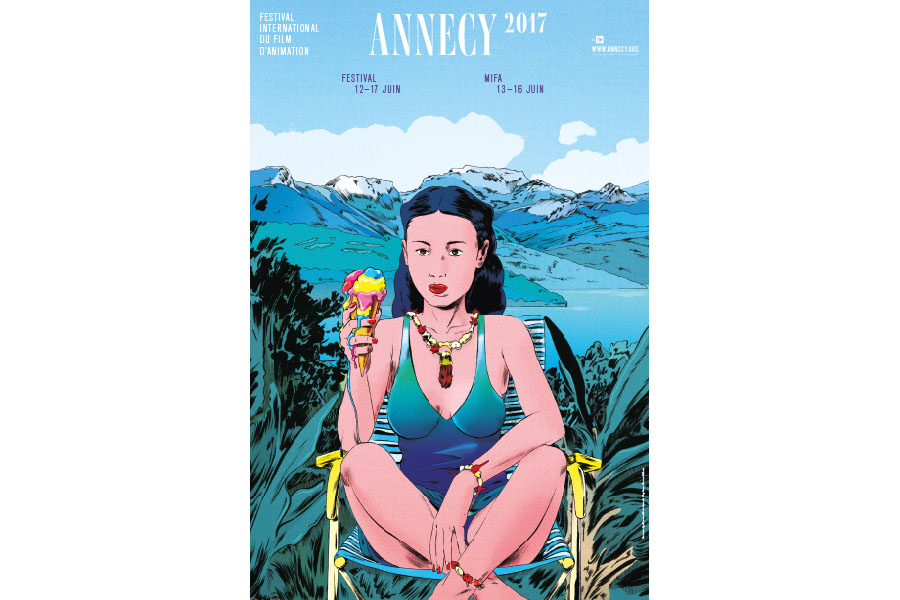 Annecy 2017: get the entire programme

Tags from the story: Annecy.

The Annecy Festival programme was announced on Monday 24th April at the press conference held by Patrick Eveno, Mickaël Marin and Marcel Jean at the Cinémathèque française in Paris.

The vibrant poster created by the artistic duo Kevin Manach & Ugo Bienvenu, the Honorary Cristal going to Georges Schwizgebel, a leading figure on the Swiss animation scene known for his emblematic shorts: The Subject of the Picture award-winner at Annecy 1989, The Man without a Shadow (2004) and Along the Way (2013).

Amazing Meetings with Kristine Belson, President of Sony Pictures Animation, Eric Coleman, SVP Original Programming and General Manager, Disney Television Animation, Go Nagai, the creator of Grendizer and many more! And the Market is getting a big extension!

Check out the programme