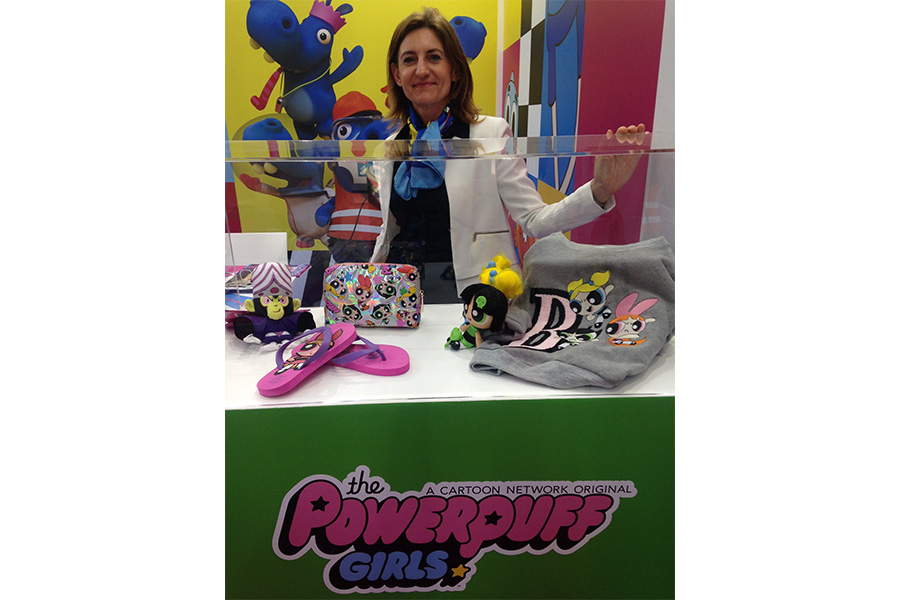 Tags from the story: Turner.

The Bologna Licensing Trade Fair 2017, held from 3rd to 5th April at the same time as the Children’s Book Fair, has been over for a mere few days. Turner, a TimeWarner Group company that owns kids channels Cartoon Network and Boomerang on the Sky platform and the Boing and Cartoonito channels on Digital Terrestrial in joint-venture with RTI Mediaset, confirmed their presence with a stand enjoying completely renewed graphics,

The fair was the perfect occasion to present the “Powerpuff Girls” toy line as it was hitting the shelves of the best toy stores, news linked to BEN 10 and to update the licensing community with news from the house brands Boing and Cartoonito not to mention to talk about the new preschool properties. Amongst these, The Happos Family – Turner EMEA production created in partnership with Ferrero and the animation studio Spider Eye – and Robocar Poli.

We met with Ilaria Rossi, licensing director at Turner, who told us about her first impressions of the fair and perspectives of the company.

LM: How did the event that was organized at the stand to celebrate the arrival of “The Powerpuff Girls” in stores go?

IR: It went very well, there is much interest in this launch that will be supported with a TV campaign by our Master Toy Partner, Spin Master. We were visited by new product categories and it was a good opportunity for our licensees to get to know one another. The first partners to to sign the Powerpuff license for other categories were present, and it was a great opportunity to do a bit of networking, seen as we believe strongly in synergies between cross-property and cross-category licensees.

LM: How did the first day of the fair go?

IR: We worked very hard, the cocktail was overbooked and for this reason it was very attractive for our visitors. We are very pleased because we also met with two brand new companies, other than our existing partners that we updated on our available properties.

LM: Who are these two new companies?

IR: One is the important global partner, Moleskine, from which we were waiting to meet the licensing manager, so for us Bologna was the perfect opportunity to do that. The other is a gift company that we were not previously aware of.

LM: The main news that you were concentrating on at this edition of the BLTF?

IR: We were concentrating on Ben 10 for the 7-8 years boys target and The Powerpuff Girls for the girls target, not to mention adding a secondary adult target for those who miss this year 2000 property. The completing of the licensing program for these two properties was our focus in Bologna. At the same time, we continued to offer updates on the licensing front for the Happos project, a production of the intellectual property of Ferrero. We also offered updates on the programming and content of this property, as it shall be one of our main focuses from 2018. We were presenting Robocar Poli, for the first time – a new preschool property that has recently been launched with success on Cartoonito and there has been much interest shown, in fact, more than we expected. For this reason we were making new agreements for this property in Bologna in the food and publishing areas. Last but not least we were set to present our classic properties and our house brands Boing and Cartoonito together with Adventure Time and Gumball that are now part of the classic Boing programming.