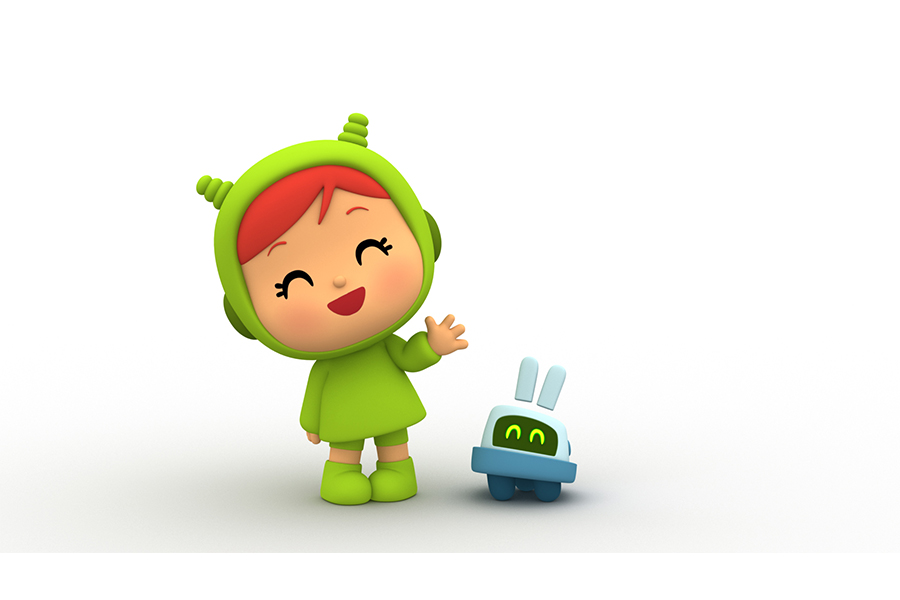 Tags from the story: Zinkia Entertainment.

The name of the new character is Nina and she leads Zinkia’s strong commitment with entertainment industry in 2017. Nina is a tiny girl who lives in the wilderness among plants and flowers, always accompanied by her loyal pet robot, Roberto.

The Spanish company has already closed major licensing deals for this new character, whose first products will be available in the upcoming months. Bandai and Comansi for the toy sector, El Corte Inglés for apparel, and Planeta in the publishing branch are the highlights among the first partners.

Nina will debut in the next episode of POCOYO’s new season, which will be released on March 24th in YouTube and YouTube Kids, and will be available in Spanish, English and Brazilian Portuguese (Latin American version will be out the 27th). The appearance of Nina is the big novelty of the 4th season, which premiered past November on Pocoyo’s YouTube official channels and is becoming a favorite content among Pocoyo’s subscribers: so far, the first 5 episodes have reached 30 million views worldwide. This is a meaningful success in Spain (home of the show), but also in Mexico, Brazil, USA and Argentina, territories in which the new season is having an outstanding reception.

Nina’s inclusion constitutes a new milestone for this audiovisual production born in 2005 and which is present, so far, in more than 150 countries.

Nina speaks her very own language, but she has no problem to communicate and interact with her new friends. She is smart, independent, and uninhibited as well as witty and capable of fixing anything with the help of her pet Roberto. Thanks to him, Nina can increase her size and play in POCOYO’s world, or shrink her friends and make them part of her miniverse.

Her addition to the gang brings POCOYO and the rest of their friends closer together and will let them learn about nature and how to protect it in the new adventures that await them.