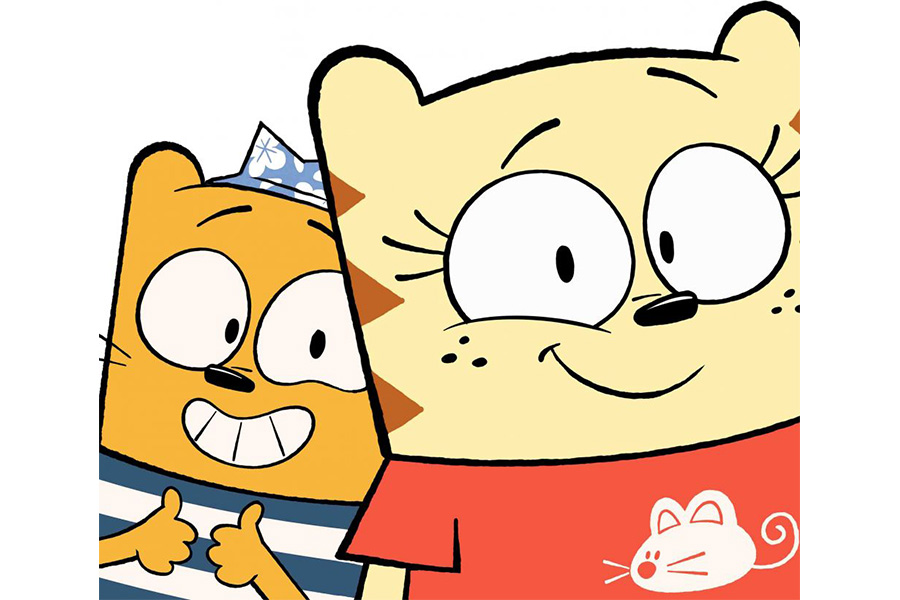 The Ollie & Moon Show is distributed by Cottonwood’s sister company Federation Kids & Family. Their Senior Vice President, Co-Production and Sales, Monica Levy comments “We are delighted to have new channels continually joining our global network of partners. These new acquisitions – in two such diverse territories as Finland and Italy – just go to show that good storytelling and magnetic characters are truly universal. We are so pleased that Ollie & Moon continue to prove this point!”

David Michel, Producer and Co-Founder of Federation Kids & Family and Cottonwood Media, added, “In very little time, we have been fortunate to secure broadcast for The Ollie & Moon Show in well over 150 territories, across a varied array of markets and platforms. This enthusiastic reception of the series, which follows its huge publishing success, lays the groundwork for our long-term licensing strategy.”

Produced by Cottonwood Media, The Ollie & Moon Show features a couple of curious, globe-trotting cats who drag their upper-preschool audience with them on their travels around the world introducing them to the joys of unlikely friendships and global citizenship.  Kids join them on their vivid adventures around the world – enjoying the fun that comes from discovering new food, language, cities, customs, and friends. Designed to show kids the world in a funny and engaging way, The Ollie & Moon Show is edutainment at its very best.

Using a unique mix of animation (cats) and live action (backgrounds) The Ollie & Moon Show is based on the best-selling book series created by author and illustrator Diane Kredensor. Kredensor is an Emmy Award-winning artist, director and producer whose credits include Pinky and the Brain, Clifford the Big Red Dog and Word World, among others. The series was developed in collaboration with Kredensor by Robert Vargas (Word World, Wonderpets, Zack & Quack, and Henry Hugglemonster), and David Michel (Totally Spies!, Get Blake and Rekkit Rabbit). Kredensor also serves as creative producer. Delivery is planned for a 2017.