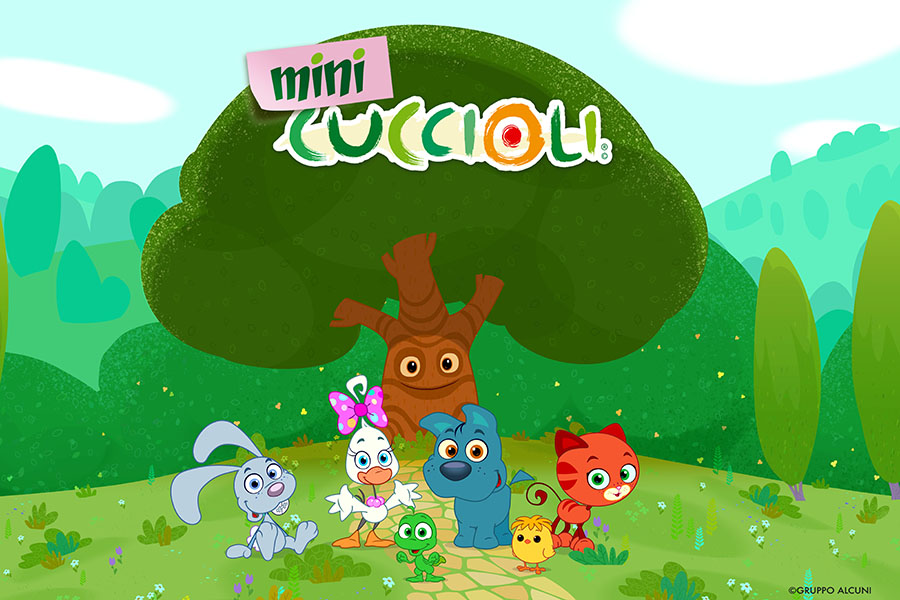 Gruppo Alcuni will be bringing to the 10th edition of the Bologna Licensing Fair 2017 the Mini Pet Pals, Leo Da Vinci and Ballerina brands.

Leo Da Vinci – Mona Lisa Mission, full-length animated film for the cinema that will come out at the beginning of the year 2018 and will be distributed by Videa. Aimed at a family target, the film will be a mixture of adventure and comedy and it will have an original Leonardo Da Vinci as the main character in a teenage version that will be looking for an incredible treasure, against a group of pirates.

Mini Pet Pals, animation series for a pre-school target that from April 2016 is one of Rai Yoyo’s major successes. At the moment a second series is being produced (52x 6’) and a special for the cinema that is expected to be coming out in Spring 2018.

Ballerina, a French-Canadian co-production that has been distributed in Italy by Videa, is a film with the topic being dance and has revealed itself to be an incredible success at the box office.

Creativity is the common denominator of the various events that are programed at the stand A/24 of Booth 31, where it will be possible to meet the artists of the Gruppo Alcuni’s cartoons and take a selfie with the ballerina of the cartoon that talks about the dream of dance. The mascots of the Mini Pet Pals will be walking around the stands for an itinerant meet and greet.

The artists from Gruppo Alcuni will be present at the stand to create sketches of the characters from the MINI PET PALS on request of the guests at the fair. A personalized and signed drawing from the official artists of the Gruppo Alcuni’s cartoons. The meeting will also be an occasion where it will be possible to have a chat and discover a job that is full of creativity and innovation.

The artists from Gruppo Alcuni will be present at the stand to create sketches of the characters from LEONARDO on request of the guests at the fair.

A personalized and signed drawing from the official artists of the Gruppo Alcuni’s cartoons.

Leo Da Vinci is above all genius and creativity; at the stand you will be able to live a one-time experience: you will be able to drive some of Leonardo Da Vinci’s most extraordinary inventions. The graphic designers of Gruppo Alcuni will insert some images of the guests inside the frames of the film that will be coming out in January 2018.