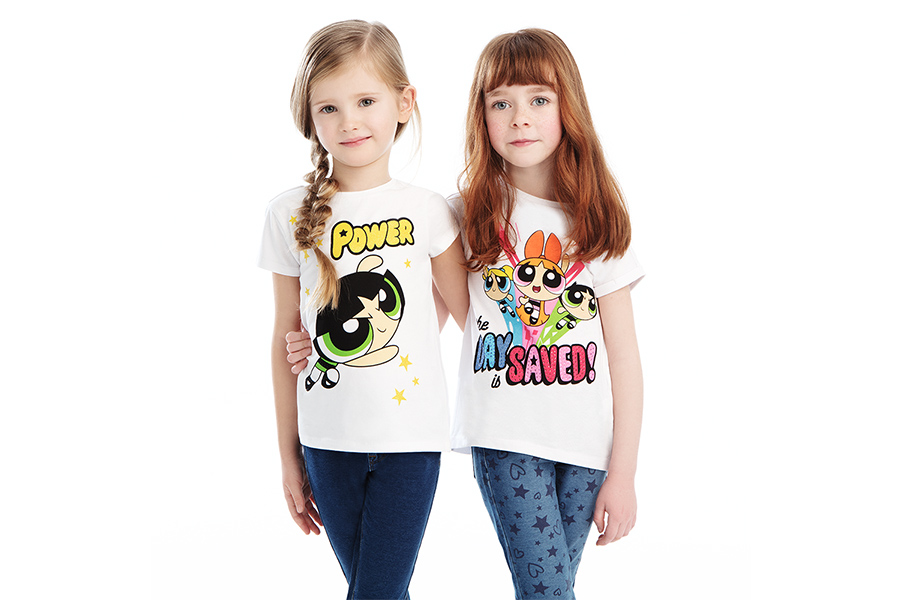 THE POWERPUFF GIRLS COLLECTION BY OVS HAS ARRIVED

Tags from the story: The Powerpuff Girls, Turner.

To celebrate the line inspired by the mythic heroines of Cartoon Network, Lolly, Dolly and Molly are hitting OVS stores to meet fans.

Turner, a Time Warner Group company, publisher in our country for children’s channels Cartoon Network and Boomerang on the Sky platform, and the Boing and Cartoonito channels on Digital Terrestrial, in joint venture with RTI Mediaset – have created a partnership with OVS – the top brand in Italy on the women’s, men’s and children’s clothing market – for distribution of the new Cartoon Network branded Powerpuff Girls Spring/Summer 2017 line in selected stores and online at ovs.it.

Lolly, Dolly and Molly, the mythic heroines, are the protagonists of the capsule collection that was created for girls between the ages of 3 and 14. The line is made up of t-shirts, leggings, shorts and dresses. The garments mirror the strong and courageous character of the three sisters with superpowers. Fun, colourful and made with high quality materials, girls who are fans of the show will be pleased and so will their mums. From their TV debut in 1998, the Powerpuff Girls have known how to win over and fascinate girls and women of all ages, proving that girl power should not be underestimated.

But for all fans of the series the surprises do not finish here. TURNER, in collaboration with OVS, have organized special events to celebrate the arrival of The Powerpuff Girls clothing line in stores.

In selected stores the costume characters of Lolly, Dolly and Molly will be present, for little ones to take memorable photos with and to get free gifts. A unique occasion to meet the mythic heroines in person.

The event will have many stops in Italian OVS stores: the first is on 18th March at the Galleria Porte di Mestre in Venice, while on the 19th March the appointment is at the Nave de Vero shopping mall in Venice Marghera. Next they hit Rome on 25th March at the OVS store in the La Romanina retail park, and on 26th March they will be at the Porta di Roma (in the Bufalotta neighbourhood). On 1st April, Lolly, Dolly and Molly will be in Reggio Emilia at the Via Emilia San Pietro (Covered Market) store, on 2nd April, last but not least, they will be meeting fans at the Grandemilia Modena shopping centre.

Through the new series, produced by Cartoon Network Studios and on air with Cartoon Network across the world, and together with the ambitious programme of licensing activity over many categories, generations of new and old fans can continue to enjoy The Powerpuff Girls.

On TV the appointment with the series is on Cartoon Network (channel 607 of Sky and of 350 on Mediaset Premium) from Monday to Friday at 12.50, while on free to air channels, the new episodes are exclusively with Prima TV on Boing (channel 40 of digital terrestrial) from 27th March, Monday to Friday at 19.40.