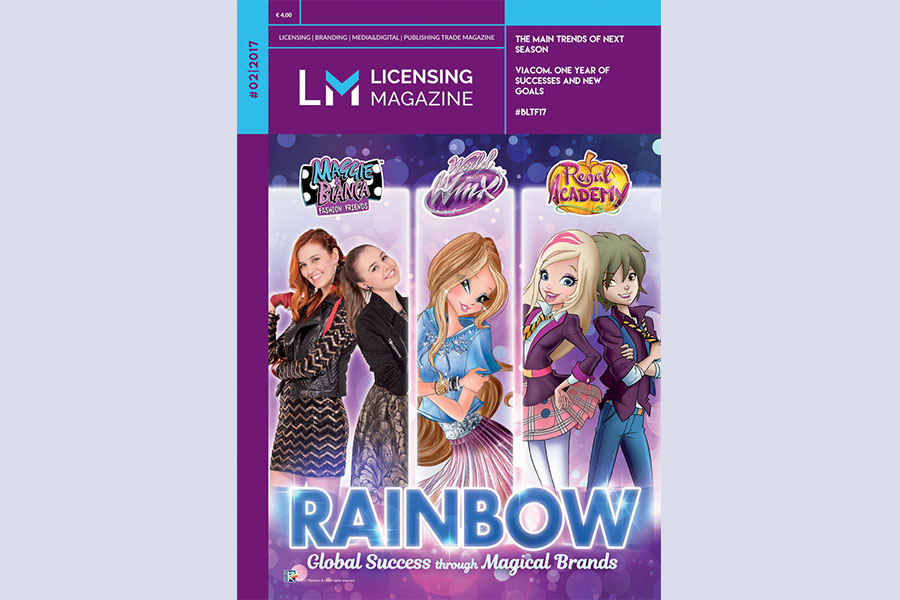 It will be the official magazine at Bologna Licensing Trade Fair, 3 – 5 April, Bologna.

An extremely rich issue, which gathers the main news of the coming season. Have a focus on Rainbow, Showlab, Smiley and Turner, the 10 years of Atlantyca and interviews to Maria Giovanna Gurrieri of CPLG, Nadia Caron of Viacom Italy, Isabella Andreani of Raicom, Pietro Campedelli of Studio Campedelli and Marco Iafrate of Il Sole di Carta, up to the 10 years of the Bologna Licensing Trade Fair and the various Licensing Expo events scheduled from here to October.

Licensing Magazine will be the official magazine at Bologna Licensing Trade Fair (3-5 April) and it will have the maximum exposure at Bologna Children’s Book Fair and Bologna Digital Media.

Moreover, there will be a rich distribution of Licensing Magazine, as a media partner, at important events such as: Mip TV, Cartoons on the Bay, Kazachok Licensing Forum, Cartoon Business, Las Vegas Licensing Expo, Cartoon 360, MIFA.