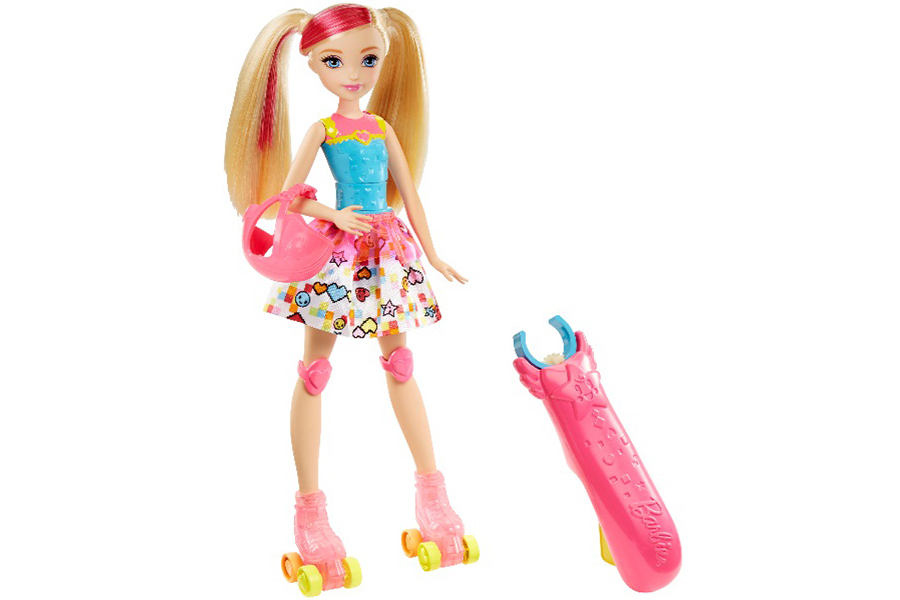 BARBIE ARRIVES TO THE WORLD OF VIDEOGAMES!

Tags from the story: Barbie.

Discover the dolls that are inspired by the new film, Barbie: Video Game Hero.

When Barbie is magically transported into the world of her favourite videogame, she is happy to find herself transformed into a fun character on skates. In the game she meets a new friend, Cutie, a funny cloud, and Bella, the princess. They discover some trickster Emojis swiftly and their aim is to take over the game. Level after level, Barbie has to trust her abilities and strategies from outside of the screen to save the team and win the game.

Just like in the film, Barbie Light-up Skates is ready to jump into the game at full speed on her skates!

Barbie’s skates light up in different colours with every movement and BArbie can dance, creating spectacular figures, such as a 360 degree full pirouette. All of the actions can be controlled with the provided controller and this comes in matching colours. 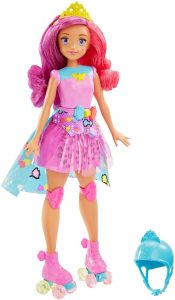 Put your memory to the test with Barbie Princess of the Memory Game that is inspired by the anime world of the new film Barbie: Video Game Hero!

The anime dress of Princess Bella hides an interactive game! Pushing her belt button, her skirt begins to reproduce a series of lights of three different colours. The challenge is to manage to repeat the exact sequence!

The more sequences that are replicated, the more the game becomes harder until the fifth level!

Little ones can have fun by combining the interactive game with the actions that Barbie can perform on her skates.

← My Hero Academia - Season 2 is on it way! BENDY BARBIE ARRIVES! →