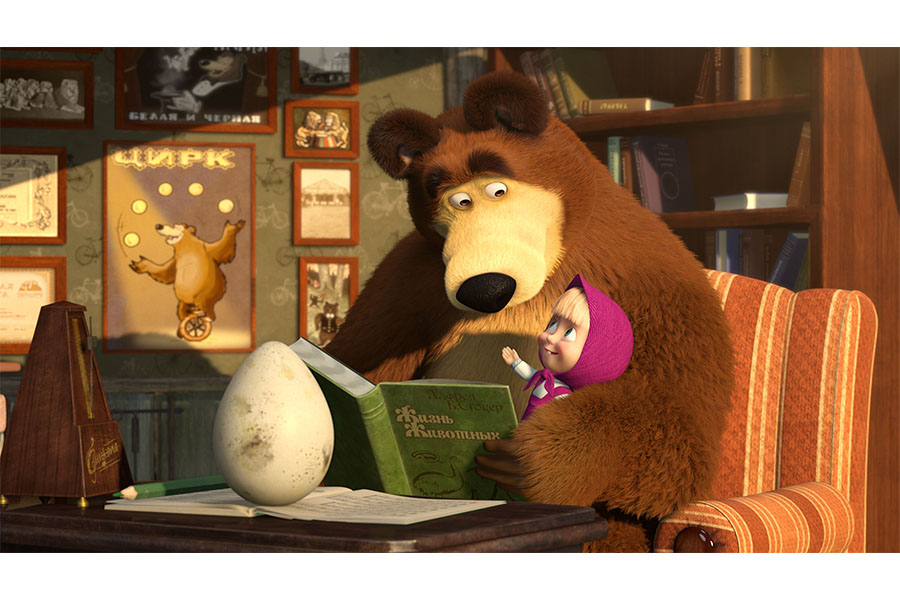 Masha And The Bear Reels In Viewers On Big And Small Screens!

Tags from the story: Ink Group, Masha and the Bear.

Smash 3D animated family show Masha and the Bear continues to pull in viewers around the world, through both cinemas and TV broadcast.

Several cinematic distribution companies have snapped up Season 3 of the hit show prior to TV broadcast release and audiences across Europe have responded by flocking to screenings of the exclusive content. Pathé Live Kids in France and Sweden, Mountain Road in the Netherlands and Belgium, and Warner Bros. Entertainment in Italy have all distributed content to cinemas, leading to significant ticket sales.

On TV, spin-off show Masha’s Spooky Stories, which sees Masha – in her own inimitable style – showing how typical childhood fears are really nothing to worry about, is proving a big hit with broadcasters. Boomerang (Latin America) and Cartoonito (UK) both screened the series last year, whilst Netflix made it available across a host of worldwide territories, including the USA, Canada, the Netherlands, Belgium, France, Iberia and the Nordics.

“Millions of children know and love Masha” says Ink Group Managing Partner Claus Tømming. “It’s a story that works in any culture and language and, as this news demonstrates, on both the big and small screen. This is due to a simple recipe – funny, original and engaging storylines and beautiful animation – that is executed perfectly.”