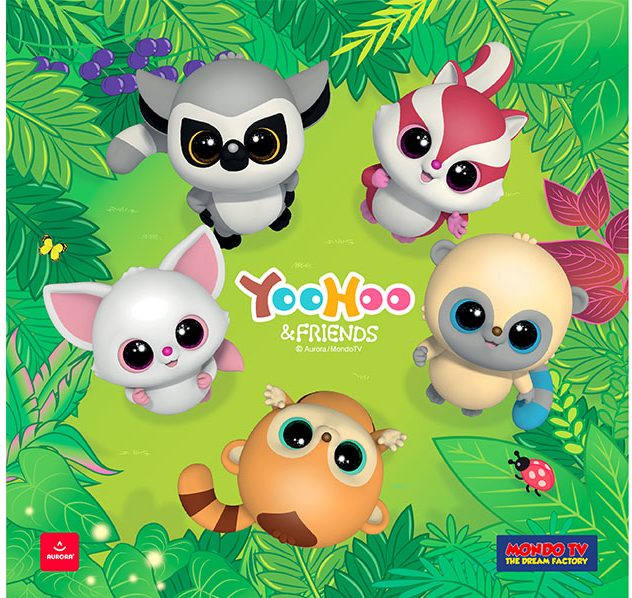 Mondo TV Suisse, a division of Mondo TV, one of the largest European producers and distributors of animated content, has announced a global licensing and merchandising agreement for the brand-new animated children’s series YooHoo & Friends, with Panini SpA, a global leader in the production and distribution of stickers and trading cards.

Panini has been awarded a worldwide license allowing it to create and market such items as stickers, trading cards and photocards in local languages using the YooHoo & Friends brand and characters. The products are expected to launch at retail in early 2018.

Yoohoo & Friends is a new series, launching in 2017, in which five cute friends help endangered animals. The show is based on the globally successful line of Aurora World YooHoo & Friends plush toys, more than 80 million of which have been sold since the worldwide launch of the line in 2007.

Valentina La Macchia, Director of Mondo’s Consumer Products Division, said: “Having Panini as a partner in the YooHoo & Friends licensing campaign is a major boost for the ongoing development of licensed property based on this exciting animated series co-produced by Mondo TV Suisse and Aurora World Corporation. YooHoo & Friends is not only a major project for the Mondo TV Group overall, but a potentially major revenue driver for Mondo TV Suisse as it moves beyond the production stage to licensing, merchandising and television rights for this delightful and engaging new children’s show.”