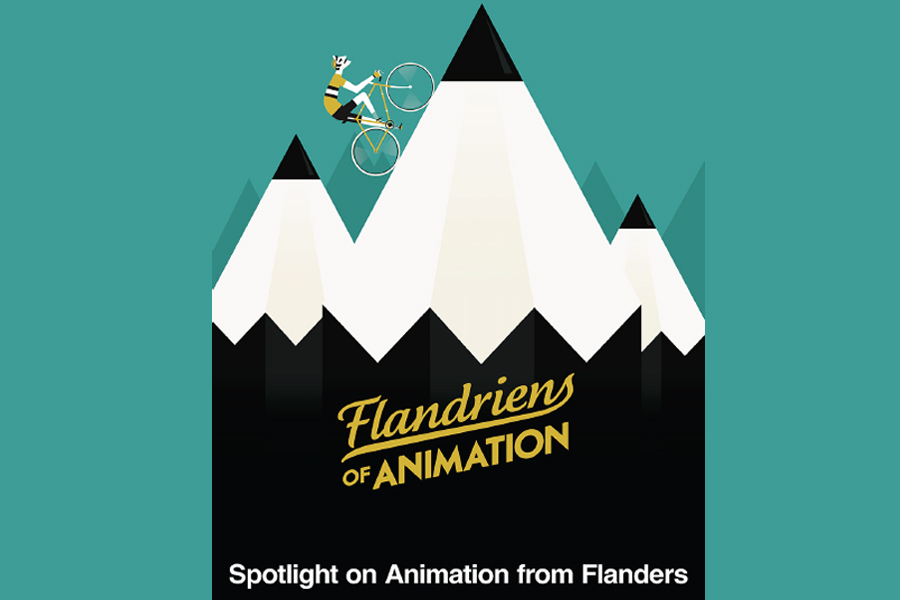 Flanders in the spotlight at Cartoon Movie

Flanders will be the guest of honour at this year’s edition of Cartoon Movie (8-10 March), Europe’s prime pitching and co-production platform for animated features.

In total, 55 European projects have been invited to Cartoon Movie, which is being held in the city of Bordeaux this year. The event puts the spotlight on a specific region for the first time, with Flanders being granted the honours for this inaugural edition.

Over the years, Flemish animation producers have played an important role in international co-productions, contributing to Oscar-nominated films such as The Triplets of Belleville, The Secret of Kells and A Cat in Paris. Flanders also has a strong record at Cartoon Movie, with companies like Grid Animation, Walking The Dog, nWave Pictures and Vivi Film all collecting Cartoon Movie Tributes as Producers of the Year.

Animation hub Flanders is home to more than 20 animation production companies, 10 of them with their own studios. These companies released 11 features and 12 series (including minority coproductions) between 2013 and 2016, and have 25 features and 30 series in the pipeline for 2017-18. Having garnered valuable know-how and experience by involving itself in international co-productions in the past, the Flanders region has matured and is gradually making the shift to initiating high-end majority Flemish animation projects.

In 2016, the Flanders Audiovisual Fund (VAF) / Film Fund gave over 2.1 million EUR to 22 animated projects (including co-productions), while the VAF/ Media Fund channelled 1,260,000 EUR into 11 animated series. Screen Flanders, which supports audiovisual productions that spend part of their budget within the region, provides an annual average of 912,000 EUR to animation projects. And an additional average of 14 million EUR in private investment flows into animation every year from Flanders thanks to the Tax Shelter Incentive.

In Bordeaux, several Flemish producers will present themselves and their upcoming projects at Cartoon Movie through presentation videos created especially for the occasion. Among them is Cyborn, a 3D animation specialist currently (co-)producing such feature films as Ploey and Hubris; and Fabrique Fantastique, whose animators are working on kids’ TV series Sir Mouse and Eric and the Tick-Tocks.

Animation studio Lunanime specialises in 2D animation; has contributed to such films as A Cat in Paris and Phantom Boy; and has several other co-productions in the pipeline including Funan, Tulip, The Siren and I Lost My Body. Having scored an international hit with the short film 850 Meters, creative studio Thuristar co-produced its TV spin-off My Knight and Me and is currently developing new TV projects Roger Flambé: (Animated) Actor and Mush-Mush and the Mushables, as well as the feature film Mêh, Sheep in Wolf’s Armor.

Walking The Dog’s animation filmography stretches from The Congress and A Monster in Paris to Jack and the Cuckoo-Clock Heart. The independent studio is currently working on Another Day of Life and has several co-productions – including Hieronymus, Hump and Charlotte – under way.

After exploring the horrors of WWI in Cafard, Tondo Films has turned its attention to another upheaval in European history with Canaan, Jan Bultheel’s second feature. The film will be pitched at Cartoon Movie.

Also pitching at the event is Grid Animation, which co-produced Ooops! Noah is Gone and is now busy developing productions and co-productions such as Troll and the Oliver, Marnie’s World and Harvie and the Magic Museum. Grid will be pitching Crazy Island at Cartoon Movie. And with ZOOks, produced by Potemkino and SANCTA, a third project from Flanders has also been invited for the pitching sessions.

The Flemish animation producers attending Cartoon Movie will unite under the banner ‘The Flandriens of Animation’, a reference to the do-or-die racing cyclists who force their bikes over the cobbled roads and murderous hills of Flanders, oblivious to the cold and rain. The same kind of grit and determination could be said to have driven Flemish animation producers to scale new heights, using their skills to emerge from the peloton and grab the yellow jersey.

On the strength of its eight selected projects this year (including five co-productions), Flemish animation will appear as a constant thread throughout Cartoon Movie. There will be presentations of Flemish studios during ‘Croissant Shows’, and a Farewell Cocktail with famous Flemish beers and tasty Belgian fries.

The Spotlight on Flanders is organised by the economic fund Screen Flanders, an initiative under the aegis of Flemish Economic Affairs Minister Philippe Muyters and Flemish Cultural Affairs Minister Sven Gatz, in co-operation with Casa Kafka Pictures, Galaxy Studios, t-theater, Ketnet, Creative Europe Media Desk Flanders and the General Representation of the Government of Flanders in France.