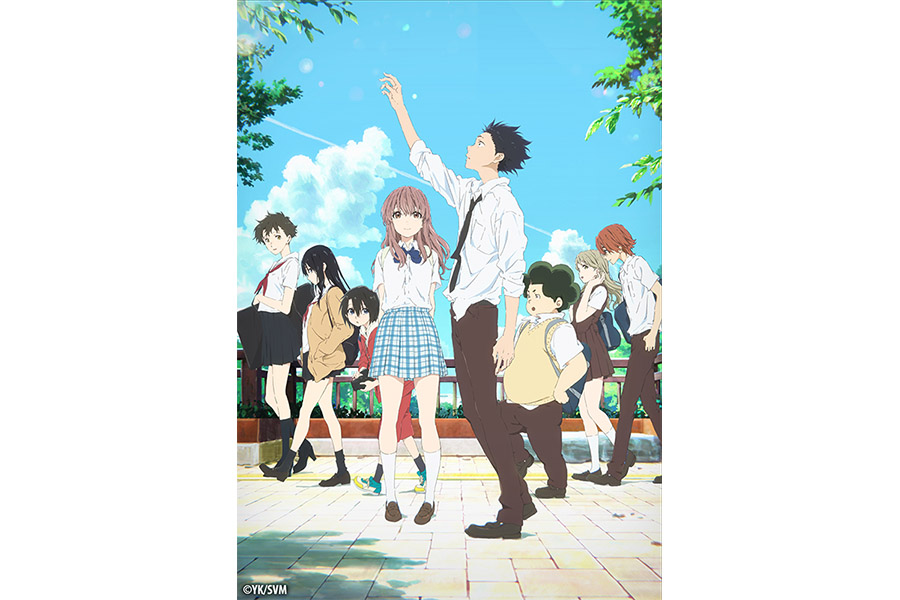 Tags from the story: A Silent Voice, VIZ Media Europe.

VIZ Media Europe, the European leader in managing rights for Japanese animated movies, is pleased to announce the acquisition of A Silent Voice.

VIZ Media Europe has acquired the distribution rights (Theaters, TV, VoD, DVD, Blu-ray) of the animated movie A Silent Voice in the European Union (except United Kingdom), Russia, Turkey as well as Frenchspeaking African countries. Adapted from the eponymous manga series created by Yoshitoki Oima, A Silent Voice is a powerful and captivating full-length feature film that finely encompasses sensitive topics such as school bullying and disability.

Shoya Ishida is a reckless young boy whose daily life is centered around school and his friends. Bored, he spends his free time defying his comrades with increasingly extravagant challenges. When deaf Shoko Nishimiya joins their school in the middle of the year, some changes happen in the class’ day-to-day habits. From polite interest to exasperation caused by communication problems, Shoya grabs the opportunity to level up: mockery, bullying, persecution… all this under the indifferent gaze of the teachers. But everythings changes dramatically when Shoko finally gives in and leaves school while Shoya is summoned to the principal’s office. Considered as responsible by everyone, he is singled out and given the same treatment. A couple of years later, Shoya, stricken by remorse, starts looking for Shoko to apologize for his behaviour.

Naoko Yamada starts her career in 2004 at Kyoto Animation studio. She became a director in 2009 when K-On! got a TV adaptation. She also directed the Tamako Market series in 2013. Naoko Yamada is part of this new generation of Japanese Directors who will soon be key-producers on an international level.

Her work has been awarded on several occasions, amongst which: K-On! movie (Excellent Animation Work, Japan Academy Film Prize, 2012), Tamako Love Story (New Face Award, Animation category, Japan Media Arts Festival, 2014). A Silent Voice, the third movie she directed, has been nominated for the Excellent Animation Work Award for the next edition of the Japan Academy Film Prize that will take place in March.

With this adaptation of A Silent Voice, she brilliantly connects with the story and cleverly adapts it. The result is a poetic full-length feature film filled with grace, that succeeds in finely encompassing sensitive topics such as school bullying and disability. This theme has specifically been treated with great care as numerous scenes are focused on the characters’ hands, in order to respect the dialogues in sign language. It’s interesting to know that Kyoto Animation studio has the habit, unlike many others in the industry, to self-produce a major part of all of its projects and this mastery is showing in every aspect of the movie. Withouth a doubt, his uniquely sweet film will provoke reflection.