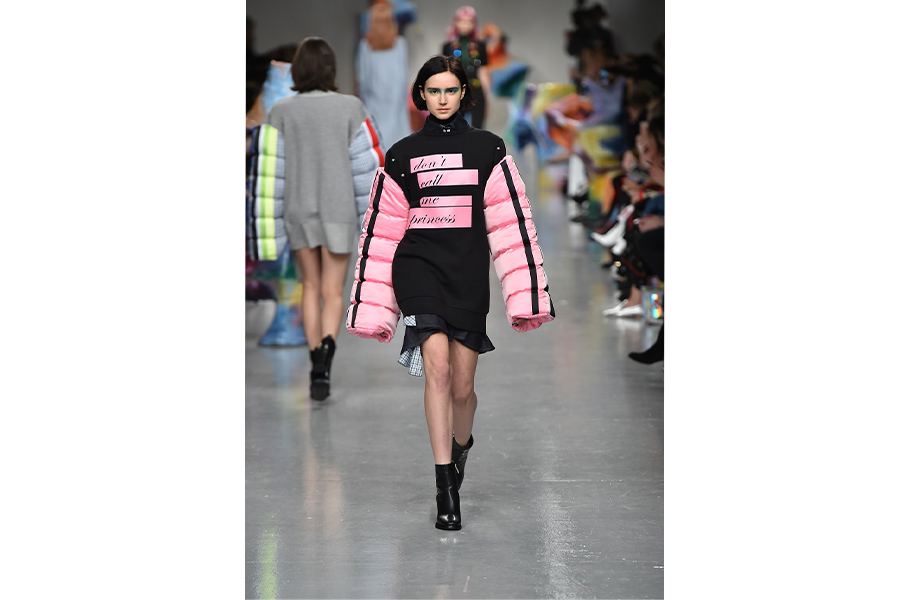 Featured on the runway during the event were seven of the 15-piece collection. The night before the show, a bespoke piece of animation created by Cartoon Network saw the designers catapulted to the city of Townsville to appear in their very own episode of The Powerpuff Girls http://fyodorgolan.co.uk/PPG/. What’s more, the designers have also created miniature digital versions of their most recognisable pieces for www.powerpuffyourself.com – giving fans across the globe the chance to turn themselves into their very own Powerpuffed person wearing Fyodor Golan.

Fyodor and Golan said: “We grew up with The Powerpuff Girls and are still huge fans! For us, these three characters empower you to be yourself. Encompassing strength and standing up for yourself against all odds, and being overly cute at the same time. Designing with the girls in mind was really liberating and felt very naturally relevant. We love the iconic quality they come with, in the simplicity of line, colour and mood. Staring in our own The Powerpuff Girls cartoon was like a dream come true.”

The full range of products from The Powerpuff Girls x Fyodor Golan collection includes an assortment of outerwear, tops, sweatshirts, skirts, dresses and trousers, as well as a “mini-me” collection for powerful women and their aspiring girls. The Autumn/Winter 2017 collection will be available for sale beginning in July at select department stores and boutiques worldwide.

The Powerpuff Girls x Fyodor Golan collaboration further solidifies the return of Cartoon Network’s aspirational franchise to the pop culture spotlight.Since their TV-screen debut in 1998, Blossom, Bubbles and Buttercup have charmed girls and women of all ages – proving that girl power should never be underestimated. With all-new episodes of the reimagined animated series produced by Cartoon Network Studios currently airing on Cartoon Network worldwide, along with an ambitious, multi-category licensing programme, generations of fans both old and new can continue to be mesmerised by The Powerpuff Girls.