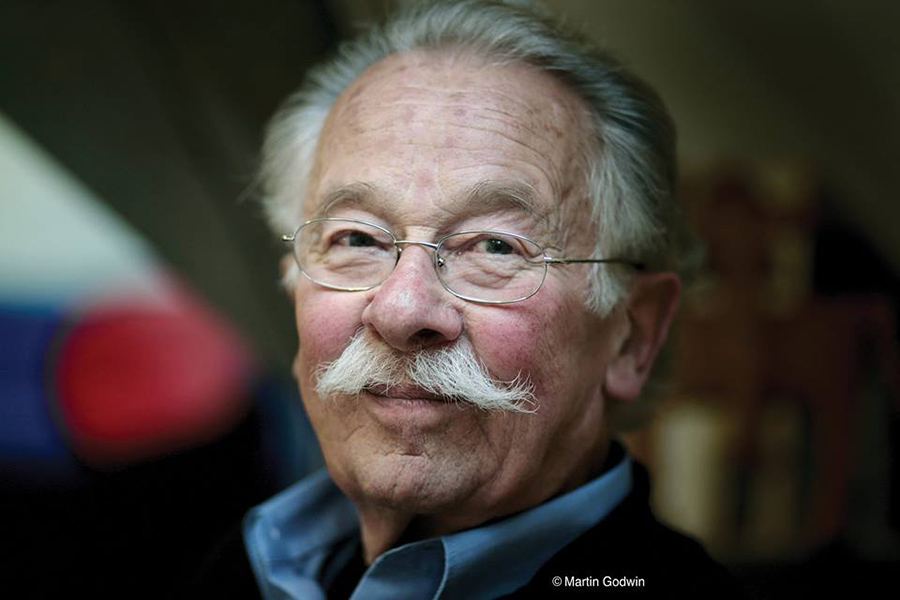 Dick Bruna, creator of the world famous, iconic children’s character, Miffy, has died aged 89, in his home town of Utrecht, the Netherlands.

Illustrator and author of 124 picture books, Bruna’s career spanned 60 years. His 32 books about Miffy – the little white bunny with a round face and long pointed ears – brought global success beyond his native Holland. First published in 1955, the Miffy stories are now published in more than 50 languages, and have sold over 85 million copies worldwide.

The books depict the timeless, universal idylls of childhood – days at the seaside, trips to the zoo – making them accessible to any child no matter where they are in the world.

Yet it is his style of illustration, in particular Miffy’s striking graphic – considered by many to be a design icon of the twentieth century – that has made Dick Bruna a household name. Inspired by the works of Matisse, Léger and Mondrian, he always worked in 2D, using simple shapes, strong black outlines and a limited palette of primary colors. He believed each illustration should stand alone as a piece of art, yet never lost the ability to see the world through the eyes of a child. As a result, Bruna created a world of perfectly formed pictograms, instantly recognizable and adored by people of all ages.

British children’s author, Michael Bond, said “For millions of children, Dick Bruna’s books are the first they will encounter. They don’t know how lucky they are, for his stories are a wonderful window on the world; a world of color and shapes and words, put together in a form that will stay with them for the rest of their lives”.

Lucy Cousins, award-winning illustrator and creator of Maisy wrote: “Miffy is one of the most enduring, influential and best-loved children’s book characters of the twentieth century. She is simple, beautiful and timeless.”

Asked to explain Miffy’s success, Bruna replied: “I think it is because I spend a long time making my drawings as simple as possible, throwing lots away, before I reach that moment of recognition. What matters is reducing everything to its essence. Every shape captures the imagination, and I leave plenty of space for children’s imagination. But why Miffy, instead of another of my characters? I don’t know, perhaps because children feel very close to her – she is like their friend. In my mind, she is just a little girl, living through everyday experiences”.

Kasia Rust, Director of Burst Design comments “I think Dick Bruna has taught us, as designers, not to be afraid that less is more.  He showed us how you can make a statement with a very small mark, so long as that mark says something and says something very quickly”.

He is survived by his wife, three children and six grandchildren