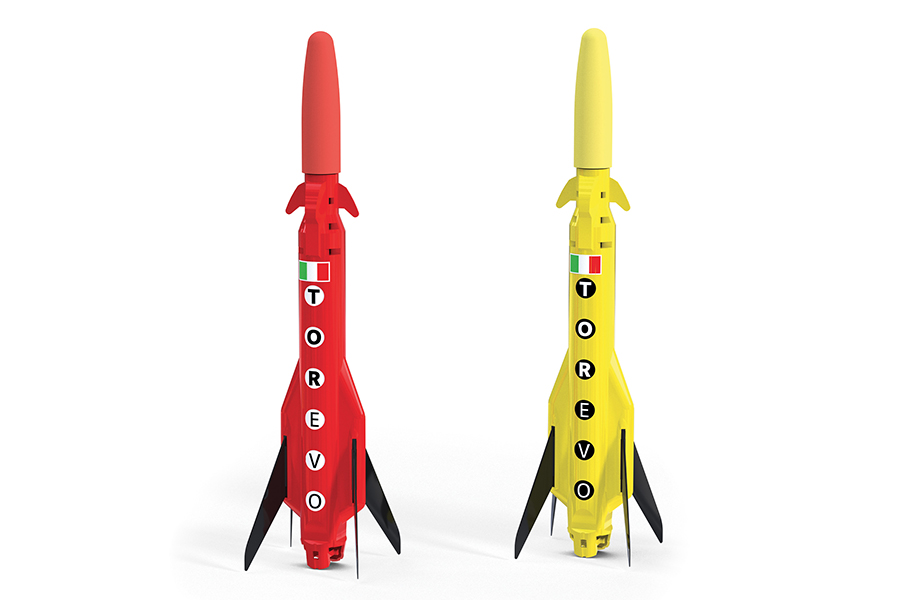 Dad, do you remember Tor Quercetti?

58 years later, Quercetti presents Tor EVO, a remake of the historical missile, protagonist of the childhood of children all over the world.

“Astronauts are embarrassed: the toy has resolved one of the most difficult problems in missile technology: the recovery not only of the ogive, but of an entire race…” wrote the L’Unita newspaper with a pinch of irony, way back in 1959.

The toy that was protagonist of the newspaper article became mythic through those years, when landing on the moon was still a fantasy. The toy in question was called TOR, an elastic powered missile that, once launched, came back down to its base slowly thanks to a parachute that, seemingly magically, opened with precision timing.

58 years later, Quercetti presents Tor EVO, remake of the famous missile, protagonist of the childhood of millions of children all over the world (16 million pieces sold around the globe). The missile was completely redesigned in a modern style with improved performace. A toy that gave fun to generations of children while staying current, that functions only with “child energy”; reaching the maximum height thanks to its catapult launching system, the parachute opens automatically to bring the missile slowly back to earth, leaving all children looking up in surprise. Not only a toy, but also a model to be collected and displayed. Interesting fact: the example invented by Alessandro Quercetti in 1959 had an image of the moon on the packaging, place that was then unreachable to those looking at the first trips into space. On the new packaging, the moon has been substituted with mars, goal of the more recent expiditions.