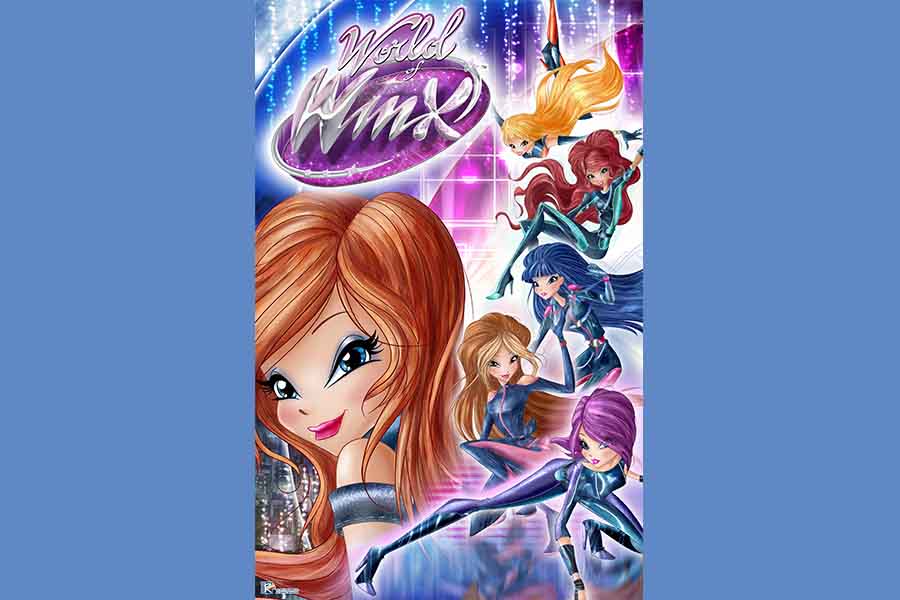 Tags from the story: Rainbow, winx.

The magic fairies fly around the world to find girls and boys with dreams to achieve.

Renowned for their animated and multimedia productions across the world, the Rainbow content company by Iginio Straffi presents a new series with the Winx fairies as protagonists: “World of Winx” is on its way, co-produced by Rainbow and Rai Fiction and in association with Netflix, the platform on which it was launched in the USA last November.

The series is shown for the first time in Italy with Rai Gulp from 28th January at 18:00 daily, with repeats from Monday to Saturday at 21:50; from 5th February, the programing is doubled with 2 episodes from 17:35.

In this new and unpublished adventure, the Winx fairies find themselves on Earth and they are busy on their travels from New York to Paris as they search for girls and boys that have a dream to achieve, with talents of various types: from dance to singing, from IT to art. The fairies wear their special headhunter costumes to find talent for the talent show WOW!. For the fairies it is set to be a fun yet difficult job as they move from city to city, all the while hiding their true fairy identities, in the riskiest mission to date: to capture the Talent Thief, a mysterious and powerful character who has already kidnapped talented children for dark reasons and now is trying to “strike again”. The Winx fairies will have to work undercover, following and saving young talents that are in danger… ending up in both comical and dangerous situations!

Amongst the new characters we can expect Ace, the presenter of the “WOW!” talent show: exuberant, above the lines, super dynamic, cynical, to the point where the would do anything to ensure that the audience enjoy “WOW!” as he hides everything as it goes out of control that will up the ratings of the show. With him in the studio, other than the audience, there are the judges Margot and Cliff, who are questioned by him when an opinion is needed on a fresh new talent.

In the “World of Winx” the five fairies receive a new power, Dreamix, which they don’t fully understand the power of at first, but that they will discover during the course of the thirteen episodes.