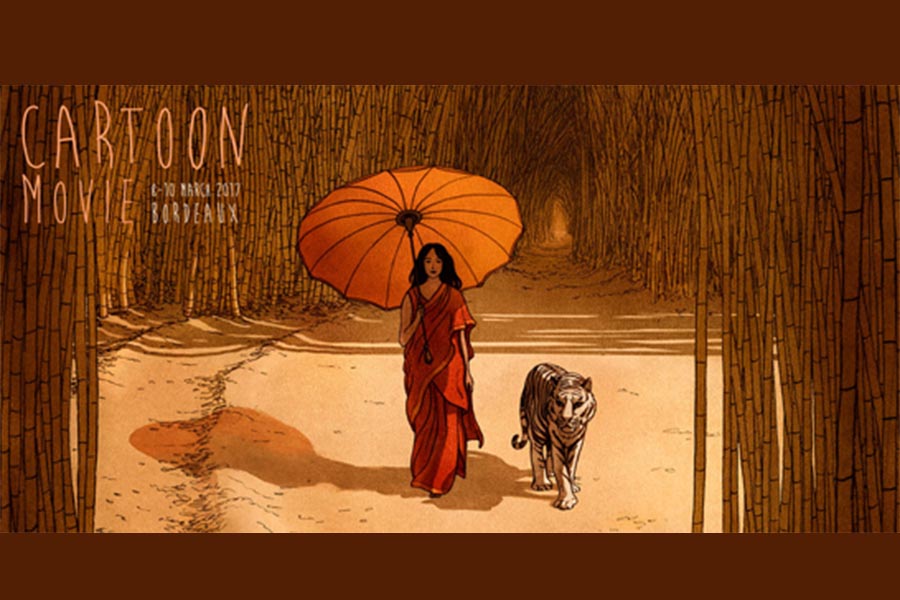 Tags from the story: Cartoon Movie.

For the very first time, Bordeaux will host an international event devoted to animated feature films and digital imaging.

European co-production forum for feature-length animation films. More than 750 producers, directors, authors, distributors, sales agents, broadcasters, video game companies and new media players from all of Europe and beyond will attend the 19th Cartoon Movie from 8 to 10 March to create partnerships and co-productions, allowing the funding of around 20 animated feature films per year in Europe.

With 35 projects out of the 55 selected, family comedies and adventure films for children remain the focus of Cartoon Movie projects.

For several years, the trend of adult-skewed films in European animation is growing. This year, nearly 33% of the selected projects target an audience of teenagers/ adults and tackle political or sensitive subjects.

55 projects from 19 countries have been selected to be pitched at Cartoon Movie: 17 of them are in concept, 26 in development, 9 in production and 3 in sneak preview. France will be represented by 17 projects, followed by Germany and Belgium with 5 each, United Kingdom with 4 projects, Netherlands, Ireland & Spain with 3 each.

The variety of countries producing animated films is still growing, thanks to the vitality of the Nordic countries with 6 projects. This year, Georgia, Ukraine and Israel will be pitched a project for the first time at Cartoon Movie.

The B2B French Tech Bordeaux event will take place during the morning of 8th March just before Cartoon Movie and will establish a direct link between professionals from the traditional economy and the digital economy through conferences by entrepreneurs and testimonials from the local and international actors. The themes of this 4th edition are animation, virtual reality, augmented reality and transmedia.

Organised in collaboration with Bordeaux Games, Pôle Image Magelis and CATS (Cluster Aquitain du Transmedia Storytelling), these meetings will take place during the afternoon of 8th March and aim to foster partnerships upstream between animation producers, transmedia & gaming professionals through matchmaking sessions of 20 minutes each. These meetings will start at 2pm on 8th March at Palais des Congrès in order to establish a new synergy between these two sectors and in the long term, to encourage producers to bring game and transmedia partner at the same EARLY stage as the co-producer and the distributor in the process of a feature film.