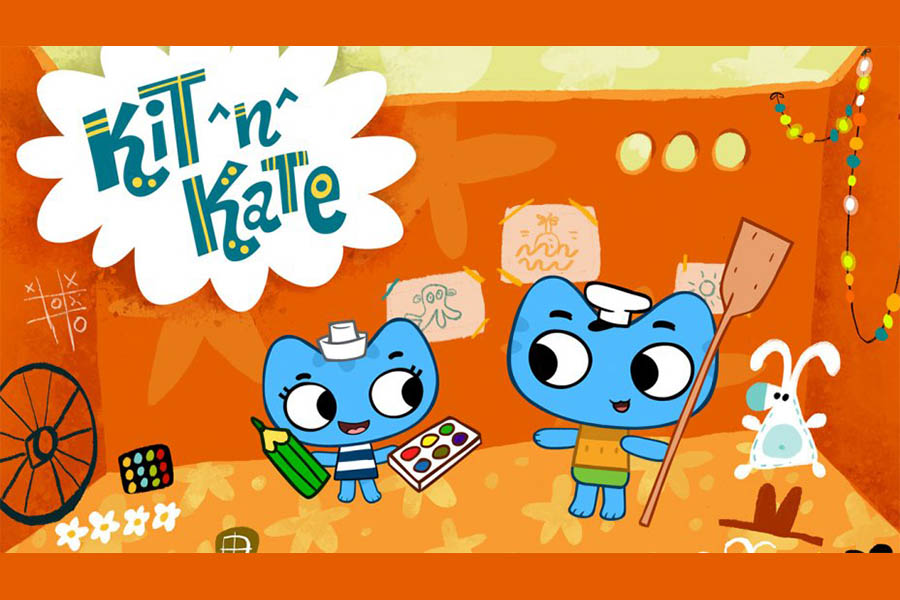 Maurizio Distefano Licensing (MD Licensing) and animation studio Toonbox have announced an agreement for the licensing management in Italy of Kit^n^Kate, the popular cartoon for pre-school kids that is already a hit in a number of major territories on TV and on line, where it has over 160 million viewers on its official YouTube channel.

Kit^n^Kate is a very special kind of educational cartoon for pre-school kids, packed with fun, adventure and important educational messages that are incorporated into every episode. The series is currently on air in Eastern Europe, Russia, Finland, Benelux, Australia, South Korea, Portugal, the Middle East and Africa – and expanding to new territories in the near future. This strong response has meant that the show has already been extended by two seasons: 102 episodes will be available by 2019. This expansion will be accompanied by strong consumer products support from Rovio Entertainment Ltd, which acts as master consumer products licensee worldwide.

The main characters of the animated series, two kittens, Kit and Kate, play in a magic box that transports them into new worlds in which they enjoy fantastic adventures, make great discoveries and solve problems. They also learn a few gentle life lessons with the help of a mysterious stranger – who happens to be their Mum or Dad in disguise. The series was co-created by some of the stars of modern animation and entertainment, such as Mike de Seve (Angry Birds Toons, Kablam!, Over the Hedge), Susan Kim (Pocoyo, Arthur, Are You Afraid of the Dark?), Jymn Magon (Duck Tales, Adventures of the Gummi Bears, Quack Pack, A Goofy Movie) and Michael Mennies (The Fixies, Kikoriki).

Pavel Muntyan, CEO of Toonbox Animation Studio, commented: “We are extremely pleased to be announcing our co-operation with Maurizio Distefano in Italy on Kit^n^Kate. MD Licensing believed in our brand in the early stages of its success and expressed eagerness to work with us and develop the brand together. We believe that the record of success that Maurizio and his team can boast with so many other brands in Italy makes his company ideal for Kit^n^Kate.”

Maurizio Distefano, President of MD Licensing, said: “The success of MD Licensing is down to our ability to offer the highest level of professionalism and service throughout the collaboration period. Equally importantly, we anticipate market trends, offering our customers brands and innovations before they become known to the general public. Kit^n^Kate is a case in point: it’s new to Italy but has already enjoyed huge success online and in the countries where it is broadcast. It is an animated series that combines a simple, appealing narrative and attractive look with high-quality presentation. We are sure it will be a great success in Italy.”