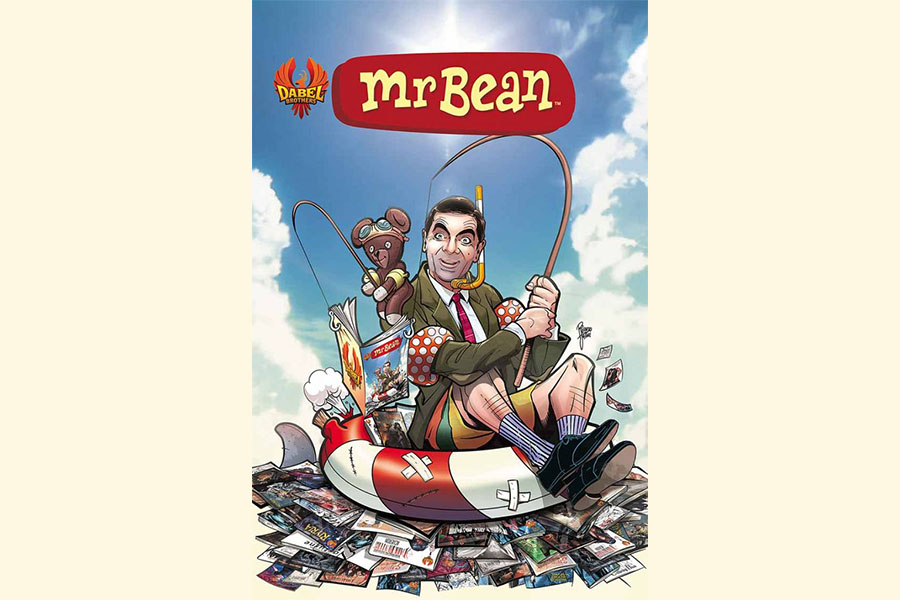 Fans of the loveable, laughable Mr. Bean will enjoy his familiar hijinks unfolding in a full-color graphic novel series based on his original live-action television show.

“I have been a huge fan of Mr. Bean for as long as I can remember,” says Les Dabel, VP of Business Operations with Dabel Brothers Publishing. “The opportunity to develop this project and bring Mr. Bean’s celebrated humor to life in this new format is definitely a milestone achievement for me personally, and one the Dabel Brothers team is extremely proud of.”

The first issue of the Mr. Bean graphic novel series is slated to be released in spring 2017 and will be illustrated by comic book artist Ricardo Jaime of the Glass House Graphics agency.  The famed Brazilian artist has brought his creative expertise to the comics world for more than a decade on such works such as Grimm Fairy Tales: Halloween 2013, FAME: Britney Spears, Unseen Justice, Immobile, Darchon, and Markiplier.

The Mr. Bean TV series first aired in the UK in January 1990. Since then, Mr. Bean has developed a worldwide following and remains wildly popular among viewers of all ages. The award-winning series spawned two feature-length films and two animated series. With the rise of social media, Mr. Bean acquired a new generation of fans; it is currently the second-largest TV brand on Facebook (with over 65 million fans) and has more than three million YouTube subscribers.