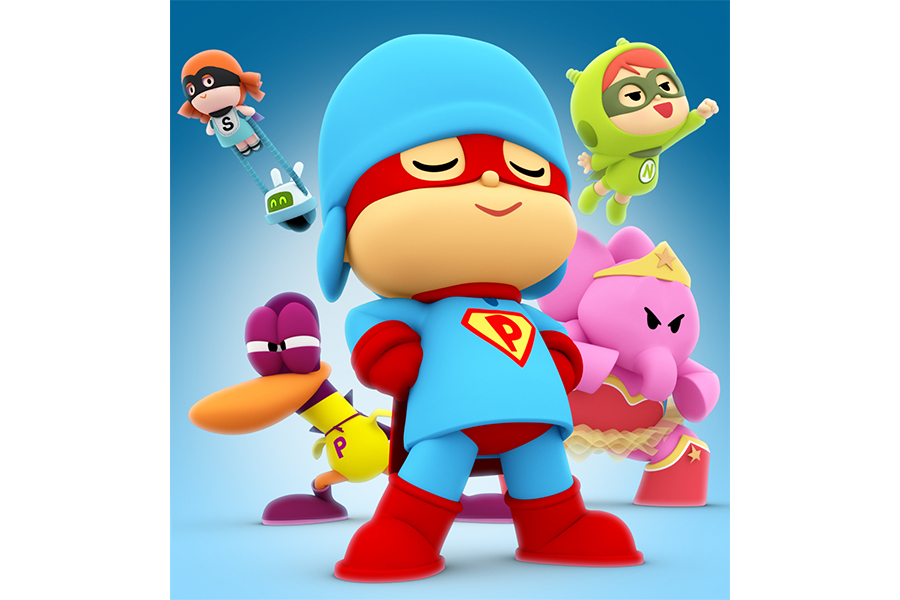 Following the agreement reached between Zinkia Entertainment and Cinépolis, “Pocoyo and the League of Extraordinary Super Friends” premieres on over 200 screens in 12 countries.

The debut of Pocoyo on the Big Screen is one of the bits of exciting news coming from Zinkia Entertainment for the upcoming Licensing Expo 2018, which will take place from the 22nd to the 24th of May in Las Vegas. With the distribution agreement signed with Cinépolis, Pocoyó and the League of Extraordinary Super Friends will be show on more than 200 movie screens in 12 countries. Among others, the feature can be seen in Spain, Argentina, Brazil, Chile, Colombia, Peru, and Mexico, which held its premiere on May 11th and is having a great box office run.

Pocoyó and the League of Extraordinary Super Friends is the logo tied to this production, which has been specifically designed for a preschool audience, with content adapted especially for the youngest members of the family, who not only visit the theater as spectators, but also get to interact with the cast of characters. This in turn, creates a dynamic and enjoyable experience that maintains their interest throughout the show.

On this occasion, Pocoyo, Nina, Pato and Elly Will have to work together as a team and overcome their fears in order to overthrow a villain threatening the peace in Pocoyó’s world. The group faces a never-ending litany of adventures that not only will enthrall the youngest children, but will delight older viewers as well, with their originality and ingenuity.

Also, Zinkia will be present at Licensing Expo 2018 with the series’ fourth season, starring Pocoyo, which after reaping huge success in YouTube, with more than 400 million views, was first aired on free TV on Clan, RTVE’s children’s channel. The channel was the first in the world to incorporate the 26 episodes of this season into it’s regular daily programming.

Pocoyo as a series was first seen in September of 2005 in the UK on the channel ITV. Since then, Pocoyo has grown, and has converted into one of the strongest and most recognized international children’s brands, having aired in over 150 countries with unequaled ratings. In YouTube alone, the episodes have been seen more than 12 Billion times. Pocoyo stars in over 50 Apps, downloaded more than 37 million times (a million a month, and counting!). There have been over 15,000 sku’s in Consumer Products, in more than 20 categories.

This trajectory has allowed Pocoyo to garner 38 prestigious International awards, including the Cristal at Annecy and a BAFTA, both for Best Animation Series, or the Kidscreen Award, recognizing “POCOYO Playset: Let’s Move” as the Best Educational Preschool App.

The brand’s catalogue includes the four seasons of programming, plus various other short films, special seasonal and thematic content, along with the derivative product and specialized promos.