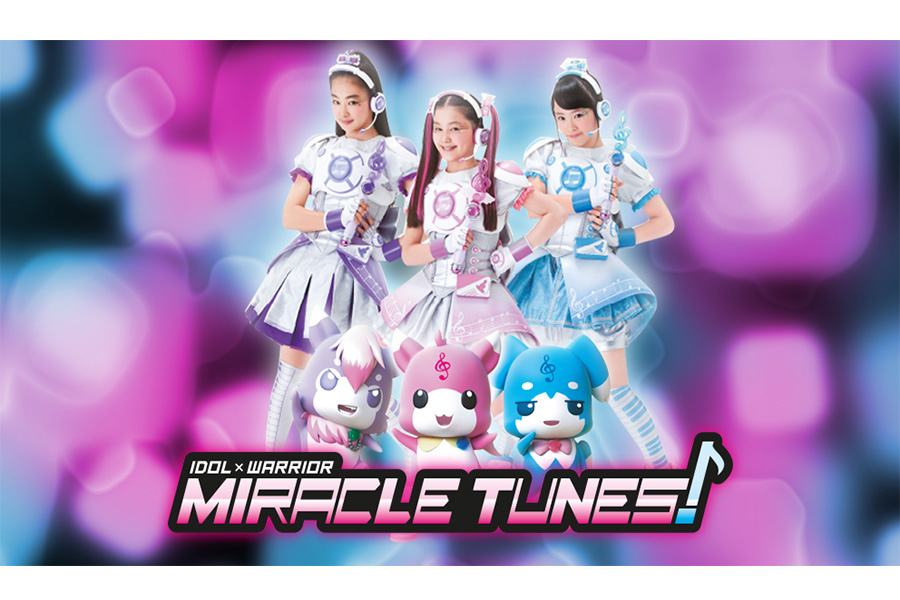 Miracle Tunes: the casting of the new Showlab’s live action has just started

More than 150 young girls have already tried to enter the casting dedicated to the recruitment of the three protagonists of the new live action managed by Showlab and aimed at girls aged 4 to 12 years-old.

While the original series (51 x 30′) is a Japanese production by Dentzu, TakaraTomy and OLM, Showlab has acquired the format for Europe, Middle East, Mexico and South America and it will make a new production with an international partner. The broadcast is scheduled for the Back-to-School 2018, both in Italy and in Spain – on the most important local television networks in the target audience.

The protagonists of this new live action, planned to become the new kids TV hit of 2018, are Miracles-Miracle, three young singers, who become Miracle-Tunes, to fight the evil thanks to their talent in dance and singing. The main message of the TV series for the young audience is: “your talent can change your life or you can change the world using your talent“.

Following the success of Yoyo animation series, Miracle Tunes is the new TV production on which Showlab bets for licensing, which is already well defined by the objects and elements specifically included in each episode. In this regard, a Master Toy contract has already been defined with Giochi Preziosi. Furthermore, contracts for other categories such as Food and Publishing are under negotiation.

First of all the audience (4-12 years) to which no live action has ever been so well targeted. In fact, kids will be able to identify themselves with the protagonists since Miracle Miracles are young girls who live a normal life, like the one of any child.

Certainly to give further strength to the series, the broadcast will be granted to the main kids TV channels in Spain and Italy. Months before the TV programming, there will be a strong web campaign in order to build awareness through the audience.

Another strength of the series is the use of toys in each episode that correspond to those that will be on the market simultaneously with the airing. Finally, the protagonists of the European TV series will be also testimonials of live events, which will be produced following the TV airing.

“The World of Music” is under the rule of the Lord Demon. The important treasure, “the Jewel of the Sound”, was stolen by the Lord Demon, who injected the Negative Energy, turning it into the “Jewel of Negativity” and unleashing it all over the world. Anyone who comes in contact with it is transformed into an evil. The risk is that music throughout the universe is finally destroyed and everything ends up under the control of the Lord Demon.